Mikel Arteta calls on Arsenal players to control their emotions 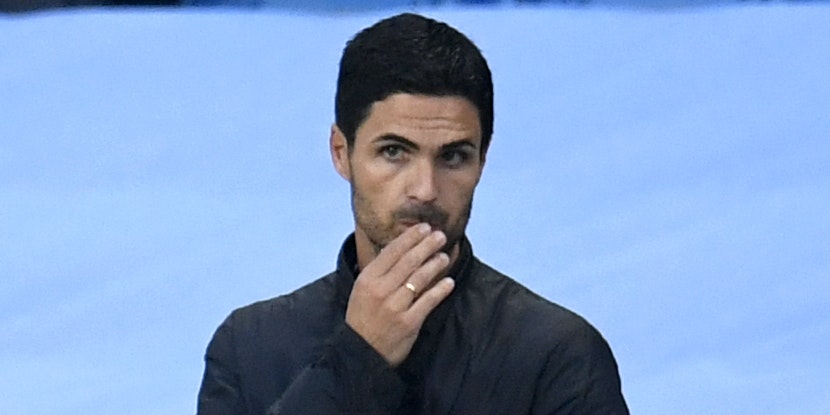 Tempers flared at the end of the Gunners’ 2-1 defeat at Brighton on Saturday.

Arsenal head coach Mikel Arteta believes his players need to have better control of their emotions.

The Gunners have lost their first two Premier League games back since the restart, slipping to defeat at Manchester City before conceding a last-gasp goal to lose 2-1 at Brighton on Saturday.

Arsenal midfielder Matteo Guendouzi is likely to be in bother with the Football Association after putting his hands around the throat of Maupay at the full-time whistle, with the Seagulls man criticising the opposition after the game.

“Arsenal players need to learn humility, maybe sometimes. They have been talking a lot first half, second half when they were 1-0 up. They got what they deserved,” Maupay told BT Sport.

While Arteta disagreed with Maupay’s assessment, he did admit that showing more restraint may be necessary.

“When we show frustration we have to show it in the right way,” he said.

“I haven’t seen the images (of Guendouzi) or what happened, but we will talk about it if that is the case. Emotionally, we have to control the situations much better.”

Arsenal went ahead on the south coast through a fine individual strike from Nicolas Pepe, but they have struggled to hold on to leads and were once again found wanting.

“I think every game is completely different,” Arteta replied when asked if not being able to stay ahead was a mental issue for the players.

“When I was talking about competing, there are details when you go ahead and game management-wise where we have to improve a lot.

“But we are a very young squad, I don’t want to use it as an excuse because it is still a football game and it doesn’t matter at what age you are competing, but at this level you can’t do it.”