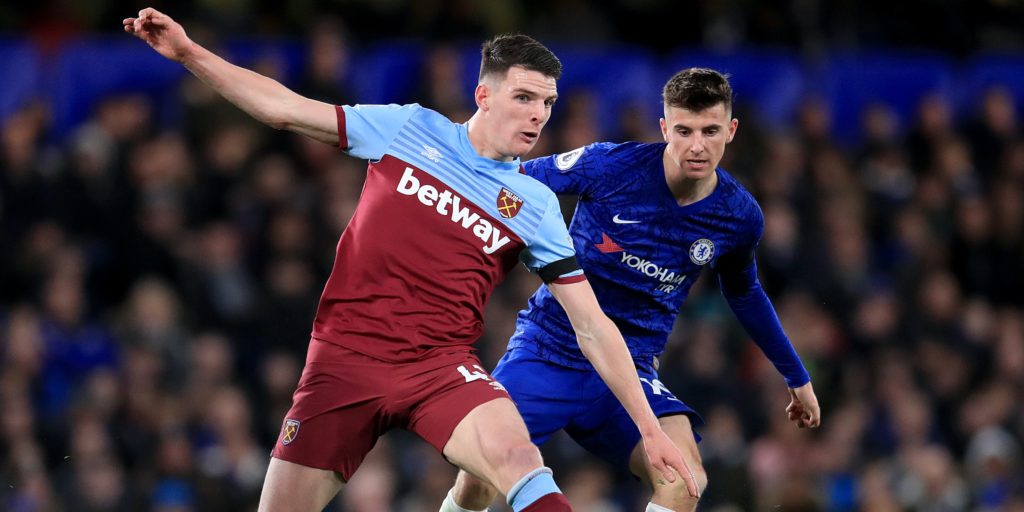 England international Rice began his career in defence but has been a mainstay of the Hammers’ midfield.

David Moyes feels Declan Rice is not only West Ham’s best midfielder – he is probably their best centre-half as well.

England international Rice began his career in defence but has been a mainstay of the Hammers’ midfield since breaking into the team two seasons ago.

The 21-year-old had to slot back into his old position against Wolves on Saturday following an injury to Angelo Ogbonna, and his composed display was one of very few bright spots in the 2-0 defeat.

Ogbonna is battling to be fit to face Tottenham on Tuesday night, but Moyes may be tempted to stick with Rice regardless.

“Declan could arguably be my best centre-half and best midfielder so we have to try and see what we have got, who is fit and available and use him the best we can,” said the Hammers boss.

“We know he can give us something else in midfield, but he showed he is also defensively sound when he goes into the backline.

“He has improved so much, so going forward for himself and for us it is a great thing to have.”

With West Ham in the thick of the relegation battle there remains speculation linking Rice with a move elsewhere, especially if they do go down.

“He would be vital anyway,” added Moyes. “He is a West Ham player, I want him to stay a West Ham player for a long time and our intention is to stay in the Premier League so nothing is crossing my mind about being in another league.”

The Hammers struggled to lift themselves in an eerily empty London Stadium at the weekend, but Moyes hopes Spurs might suffer similarly without their own fans.

“You are reactive to the crowd, whatever you might say, it drives you on and you can increase your intensity,” he said.

“I think we are seeing less of that, not as much full pressing we have seen.

“As a manager, it is just strange that for all the years you have done it, to not have it. I would be lying if I said i enjoyed it but it is more because we lost the game. It will be better when we get the supporters back.”