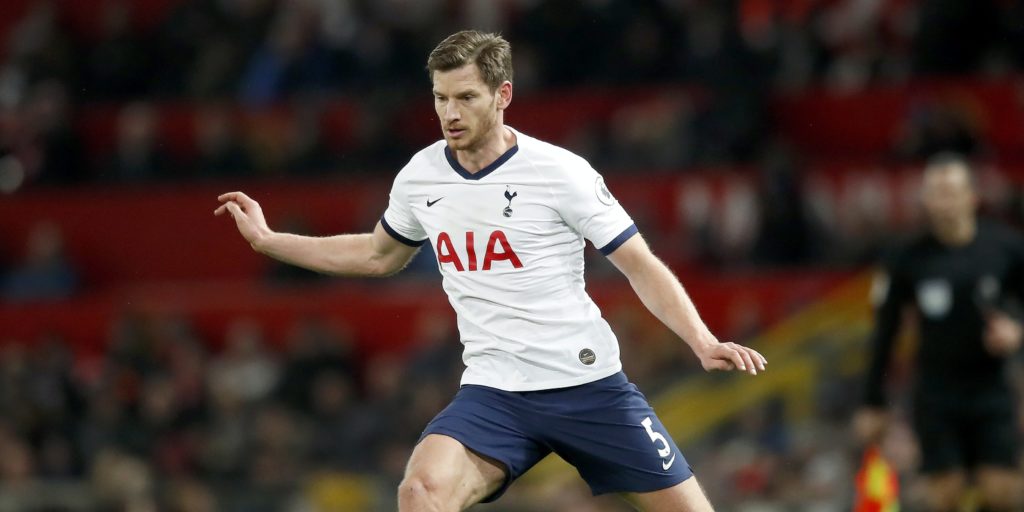 Vertonghen was due to leave the club on June 30 but has signed a temporary deal until the current campaign is finished.

Tottenham defender Jan Vertonghen has agreed to extend his contract until the end of the season.

The Belgium international was due to leave the club on June 30 but has signed a temporary deal until the current campaign is finished.

Goalkeeper Michel Vorm has also committed himself to the club until the end of the season.

Spurs had until Tuesday to agree extensions with players out of contract at the end of the month and left it late with Vertonghen.

The 33-year-old, who joined Spurs in 2012, is still expected to leave the club in the summer, after reportedly holding talks with a number of European clubs.

“We and him want him to be with us until at least the end of the season and hopefully Jan and his people and my club can agree that.

“But speaking now until the end of his contract, in the end of June, he’s here to help and of course we totally trust him.”

Spurs have also agreed for a number of players, including Danny Rose, to stay at their loan clubs until the end of the campaign.

“We can confirm that defender Jan Vertonghen and goalkeeper Michel Vorm have agreed to extend their existing contracts with the club until the end of the 2019/20 season,” they said in a statement.

“Both players’ contracts were due to expire at the end of this month and this extension means they will now be available to play for us for the remainder of the current Premier League season.

“We have also agreed to extend the loans of Danny Rose (Newcastle United), Kyle Walker-Peters (Southampton), Jack Clarke and Luke Amos (both QPR) Brandon Austin (Viborg) and Armando Shashoua (Atletico Baleares) until the end of their respective league seasons.”