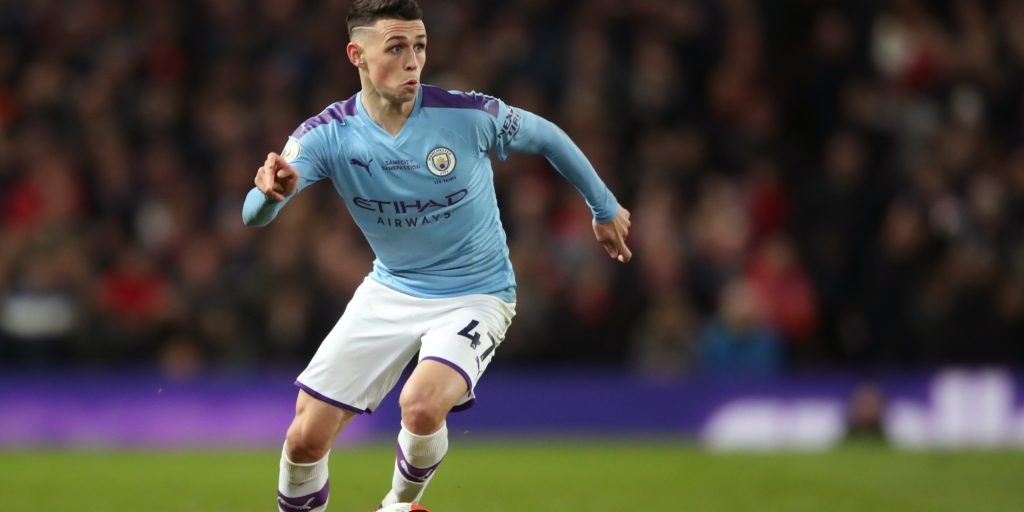 The young midfielder has shone since City returned to Premier League action.

Phil Foden stole the show in Manchester City’s 5-0 thrashing of Burnley to press his case for a more regular starting place under Pep Guardiola.

Here, the PA news agency takes a look at the midfielder’s flying start since the Premier League returned to action.

In Kevin De Bruyne’s absence, Foden had started City’s last game before the top flight was suspended when they lost 2-0 at Manchester United. He returned to the substitutes’ bench for City’s first game back against 10-man Arsenal at the Etihad Stadium, which ended in a routine 3-0 win for Guardiola’s side. But the 20-year-old replaced David Silva in the 65th minute and responded by slamming the ball into an empty net to complete the scoring after Sergio Aguero’s shot had rebounded off a post.

Man of the match

Foden returned to the starting line-up against Burnley on Monday night as De Bruyne was rested and wasted little time in showcasing his talents by opening the scoring with a low long-range effort which arrowed into the bottom corner. The England Under-21 international played a starring role throughout and was central to two further City goals before adding his second, firing home at the far post following another slick build-up. It was the first time Foden had scored for City in back-to-back matches.

Man with a vision

Foden’s eye for a goal since his return to action paints only part of the picture. He was afforded too much space against Burnley and was City’s main man, displaying all the poise of a veteran playmaker and eye-catching technique before delivering the killer pass. He played a key part in the build-up to Riyad Mahrez’s penalty after Aguero had been fouled and picked out Bernardo Silva with a sublime pass to help set up David Silva to make it 4-0. Foden’s confidence is growing with every minute and the more he plays the better he appears to get.

Patience is a virtue

There have been calls for Foden to be given more game time since his starring role for England Under-17s when they won the World Cup in 2017. He scored twice in the final against Spain and won the Golden Ball award for the best player at the tournament, but has found it difficult to convince Guardiola he is ready to become a Premier League regular. The Spaniard’s decision to use his prodigy so sparingly is less questionable given the array of world class talent at his disposal, but it appears only a matter of time before his name is one of the first on City’s team sheet.

‘Legend’ in the making?

Guardiola told the post-match press conference after his side’s rout of Burnley that Foden will become a City “legend player” over the next decade. “I’m pretty sure of this,” said Guardiola, who added that Gareth Southgate had “an incredible talent in his hands” for Euro 2021. Guardiola also promised that Foden will be given more minutes and that he had told the club’s owners they did not need to find a replacement this summer for David Silva, who will be leaving the Etihad at the end of the season, because he has Foden in his squad.