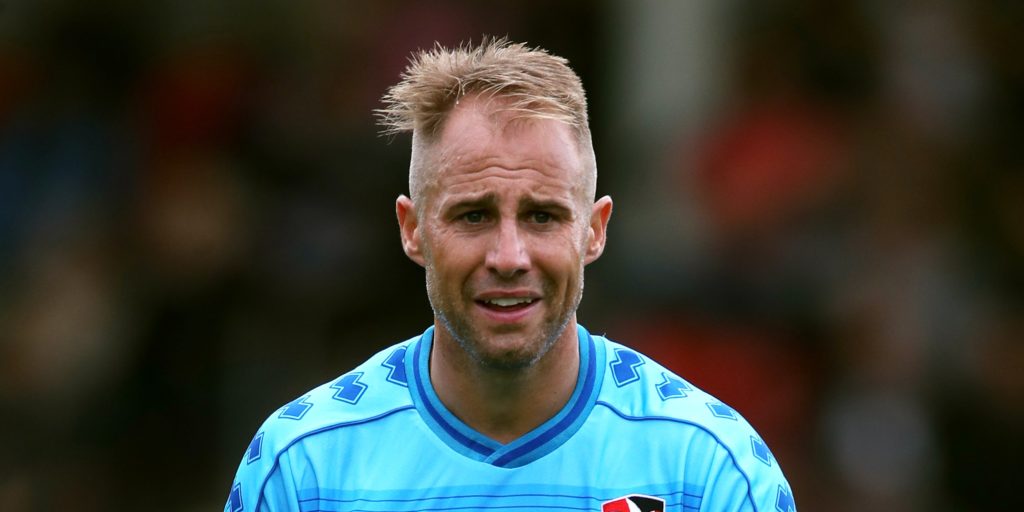 The 37-year-old was manager Michael Duff’s first signing and netted 21 goals in 62 games for the Robins.

Veteran striker Luke Varney is among five players released by Cheltenham following their agonising defeat to Northampton in the League Two play-offs.

The 37-year-old was manager Michael Duff’s first signing and netted 21 goals in 62 games for the Robins.

“He was a fantastic signing for us. I could be a manager for another 25 years and he might be my best ever signing and luckily he was my first. What he’s done for the club, what he’s done for me means there’s nothing but respect.

“I’ve had a really good chat with him today and we shook hands and said ‘thanks very much’. We’ve been good for each other. A lot of the culture that is now set at the club is down to him, he has driven that with his professionalism and drive.”

Duff added: “This is the horrible part of the game. Particularly after last night you’re having to have conversations 12 hours after the disappointment of last night. It’s the ruthless and horrible side.

“We wish everybody all the best. One thing they’ve all been is very good people, which is the most important thing.”

Defender Josh Debayo has been offered a new contract, while negotiations are ongoing with midfielder Chris Clements.