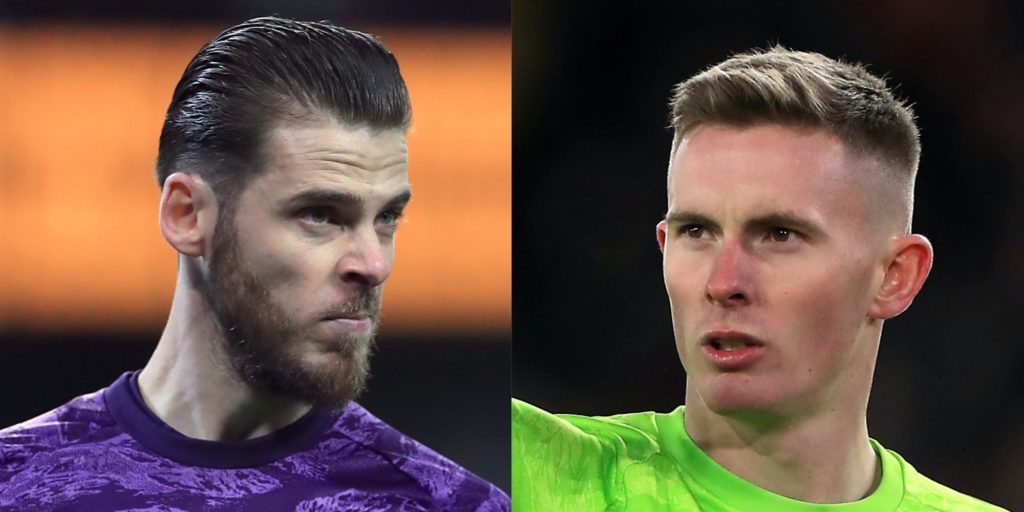 De Gea’s position has come under increased scrutiny of late.

Ole Gunnar Solskjaer says David De Gea is still the best goalkeeper in the world – although the Manchester United manager believes in Dean Henderson they have the future number one for club and country.

Having been the club’s outstanding player in the difficult seasons that followed Sir Alex Ferguson’s retirement, questions have recently grown over the 29-year-old Spaniard’s role between the sticks.

De Gea has had some difficult moments during the past year or so and was under the spotlight again when United returned to action on Friday, having failed to stop Steven Bergwijn’s shot in the 1-1 draw at Tottenham.

Former skipper Roy Keane publicly eviscerated the Spain international after the error, calling him the “most overrated goalkeeper I’ve seen in a long, long time” – a stance Solskjaer disagrees with.

“David is the best goalkeeper in the world,” the United boss said of De Gea, who last September signed a deal until at least 2023.

“The Everton one is a freak one, maybe. This one, he cannot save it.

“He makes great saves, he wins games for us and I still think he’s the best goalkeeper in the world.

“David’s working really hard. He’s not making errors that you see time and time again. He’s been consistently working hard in training and I’m very pleased with his work.”

De Gea will be between the sticks again on Wednesday evening, when Sheffield United will make the trip to the north west without their first-choice goalkeeper as the loan goalkeeper is unable to face his parent club.

Henderson has shone during his loan spells from the Old Trafford giants, having helped the Blades to promotion from the Championship last season and a surprise tilt at European qualification this time around.

“It’s a different job to be playing for Sheffield United and for Man United,” Solskjaer said of the 23-year-old goalkeeper, who was set to at least be part of England’s Euro 2020 squad.

“There’s different, how do you say…he’s got different roles.

“For me, the two years he’s had have been fantastic for his development. He’s had to play with men, play against men, he’s played in the Championship.

“He’s played now behind a team that’s played fantastic football and exciting football and, as the stats show, he’s proven worthy of quite a few points at this stage.

“He’s learning all the time. He’s a passionate keeper that wants to be the best so he’s developing, he’s got good coaching there.

Solskjaer expects Henderson’s Bramall Lane loan to be formally extended for the rest of the extended season before Tuesday’s deadline, but was unable to offer an update on Angel Gomes’ future.

The 19-year-old’s deal set to expire at the end of the month and United boss last week said that he believed a new deal was “not too far away”.

“For me, I’ve not spoken to anyone last night or this morning,” Solskjaer said.

“So the paperwork and the admin, the meetings that are going on, I can’t really update on that.”

Scott McTominay signed a new and improved deal until 2025, with the option of a further year, on the eve of United’s first match at Old Trafford since beating Manchester City on March 8.

The Scotland international wrapped up that 2-0 win and is set to be involved when they step out on home turf in front of empty stands for the first time.

“We love walking out at Old Trafford,” Solskjaer said. “Of course in front of our fans is an exceptional experience.

“This is a different experience but we have the urge to get back playing and winning games of course for our fans as well who watch on telly.

“We’ll go out there and put our best performance on hopefully.”