To be so far clear is ‘unthinkable’, says Liverpool boss Jurgen Klopp 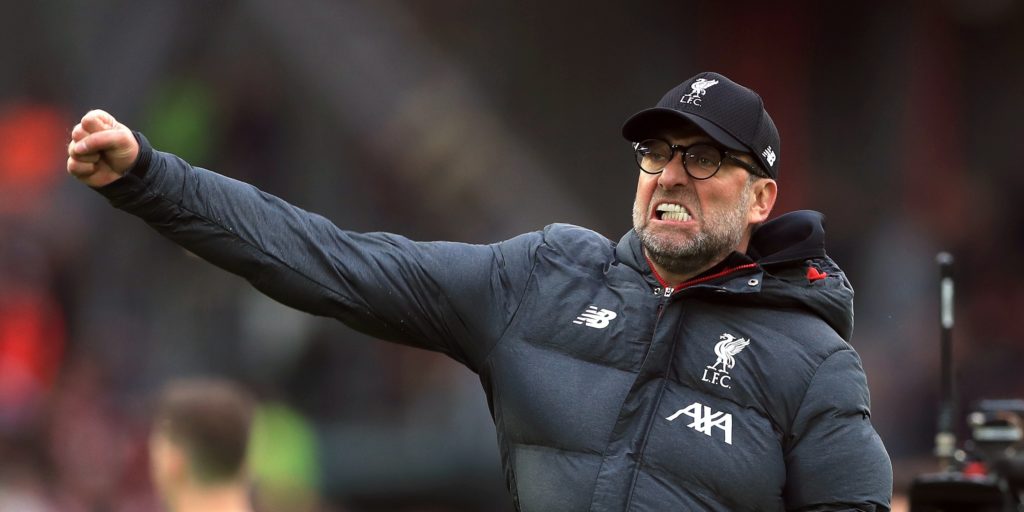 The manager says he does not think about the highly-unlikely prospect of being caught by Manchester City.

Liverpool manager Jurgen Klopp believes it is “unthinkable” his champions-elect have managed to get so far ahead of Manchester City this season.

Although the Reds have seen their lead cut by five points since the resumption, they still hold a healthy 20-point advantage and require just five more points themselves – fewer if City fail to win every match – to guarantee a first title in 30 years.

That Klopp was not even considering the almost impossible scenario of Pep Guardiola’s side catching them was testament to how good his players have been this season, outstripping a team which has been the Premier League standard bearer for the last couple of years, amassing 198 points in the previous two campaigns.

“The only thing I realised when I watched the game last night (City’s 5-0 hammering of Burnley) was, ‘How is it possible that anybody is 20 points ahead of this team?'” he said ahead of the visit of Crystal Palace.

“That’s pretty much unthinkable actually. So we must have done obviously a couple of things really well and right that we can have this situation.

“If you make something bad of what I said, a headline like ‘City cannot catch us’ or whatever, that’s complete b******s because that’s not what I’m saying.

“What I mean is I’m really only concerned by what we are doing and what we have to do in the next game.

“I watched them because we play them in eight or nine days, and not watching them to hope that they lose – it was never like this.

“Maybe I wanted them to lose last season against Leicester, but that didn’t work very well so that’s why I stopped doing that. That was one time and it didn’t help.

“I respect them a lot, I’ve said that plenty of times. They look like they will win all their remaining games because they are really strong, but they were always strong.

“We are not so bad so let’s think about that.”

Sunday’s stuttering goalless draw against Everton in the Merseyside derby was played without two key architects of their success this season, with forward Mohamed Salah an unused substitute and left-back Andy Robertson absent completely.

Both are set to return – although James Milner (hamstring) and Joel Matip (toe) will be absent – as Anfield hosts its first match with no fans with Liverpool looking to extend their unbeaten home record which stretches back to April 2017.

Coincidentally Palace were the last side to win a league match at Anfield and gave Liverpool a test last season in a 4-3 defeat.

Since then the Reds have won 45 and drawn 10 of their 55 home top-flight fixtures.

“I didn’t think it would be the start of a pretty long period when we would not lose but it was long ago,” Klopp said on their imperious home form.

“The last game (against Palace) was 4-3 and was pretty special as well. We know they know how to take chances.”