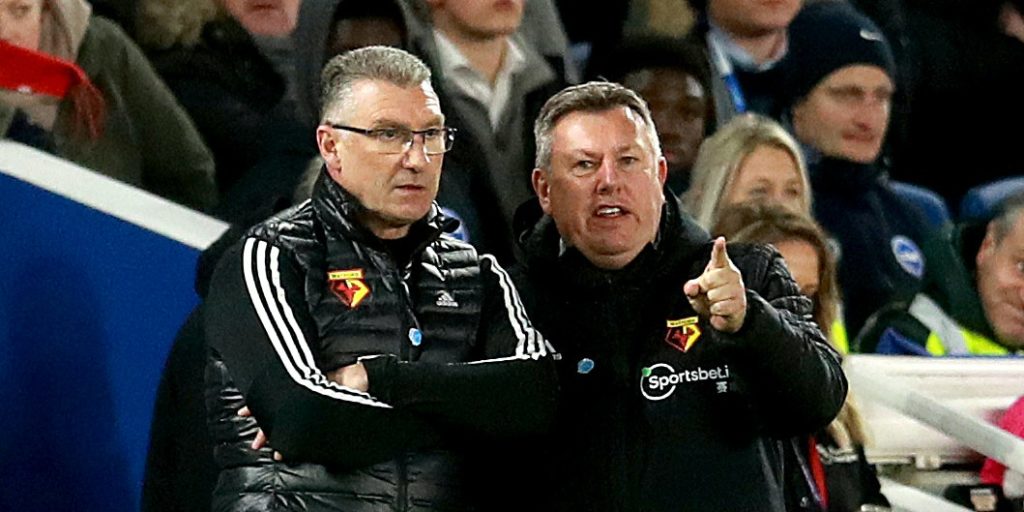 Watford assistant coach Craig Shakespeare believes the Premier League restart has had the feel of pre-season friendlies with slow tempo games and no crowd emotion.

The relegation-threatened Hornets returned to action against Leicester on Saturday, hitting an injury-time equaliser to secure a 1-1 draw.

They now travel to Burnley on Thursday knowing they could kick-off at Turf Moor having dropped into the bottom three.

A lot of the first round of fixtures back lacked the intensity that the Premier League is often praised for – especially the high-profile Merseyside derby, which ended goalless on Sunday evening.

Shakespeare feels he has pinpointed why that has been the case as the league looks to complete the 2019/20 season following the enforced break during the coronavirus pandemic.

“Everyone keeps using the word ‘strange’ but without the fans it’s been slower,” he said.

“I’ve noticed that there’s been a slower tempo to it. You’ve noticed in a lot of games there’s not been many goals early doors. So the tempo will probably be the biggest factor for me.”

Manchester City are arguably the exception to the rule as they have returned in style, beating Arsenal 3-0 before thrashing Burnley 5-0 on Monday evening.

Shakespeare believes those with bigger squads are going to benefit as the league gets back up to speed.

“I think there will be rotation of squads,” he added.

“The bigger squads, and we saw with Man City made eight changes last night. We don’t all have that luxury.

“The closer the games come and whether it’s a Thursday/Sunday then I think you will see more changes.

“But in an ideal world you have to be ready for these. You saw that we made five substitutions on Saturday and this is what it allows you do to. To freshen things up.

“It allows you to cover for injuries but also if you are behind and you want to make three changes as we did in one go.”