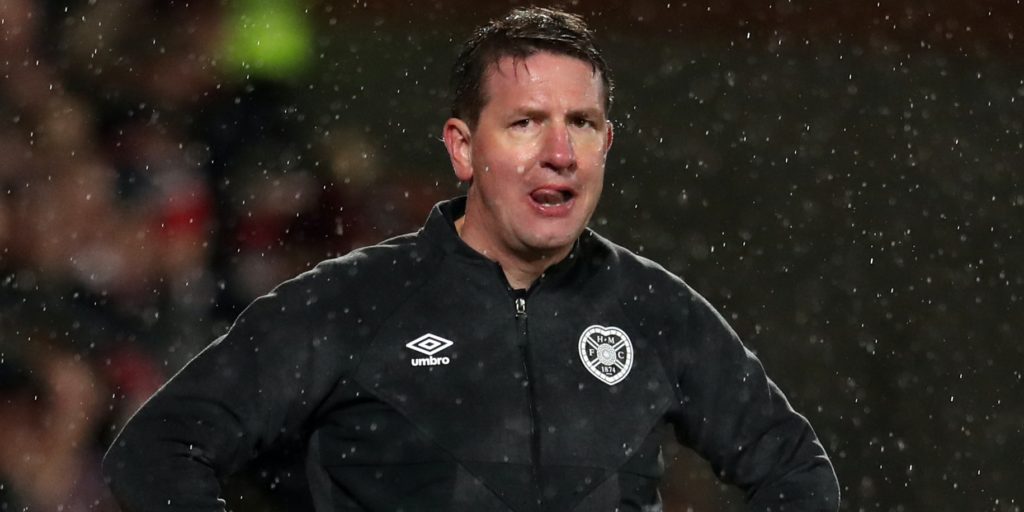 The German was replaced as Hearts manager with Robbie Neilson on Sunday after the club’s relegation voided his contract.

Daniel Stendel felt he was on the right path at Hearts before being stopped in his tracks.

The German was replaced as Hearts manager with Robbie Neilson on Sunday after the club’s relegation voided his contract.

Stendel had expressed a desire to stay in Edinburgh and do a better job next season after the season was halted with Hearts four points adrift in the Scottish Premiership.

Although Hearts owner Ann Budge claimed he would have been a success had it not been for the pandemic, and she maintains hope of averting their relegation in the courts, she wasted little time in making a change.

However, Stendel spoke warmly of his time at Tynecastle as he posted a message to fans on his Twitter account.

The former Barnsley manager wrote: “Due to COVID-19 and the decision of the Scottisch(sic) Professional Football League (SPFL) to stop the league and send Heart of Midlothian into the Championship my contract at the Hearts is not valid any more.

“Although my stay at this wonderful club was rather short (and much shorter than expected) I really appreciated working for that club.

“I was working trustfully together with the board, enjoyed that city and the enthusiastic supporters and sportive-wise we were on the right track also.

“Unfortunately we couldn’t follow up and continue our path together.

“I wish this great club, all their employees and fans all the best for the future, hopefully you can promote shortly again and we will see each other again one day at Tynecastle. Stay safe and healthy everybody!”

Stendel won two out of 14 league games after taking over in December but left Hearts in the Scottish Cup semi-finals, where they will face Hibernian at a later date.