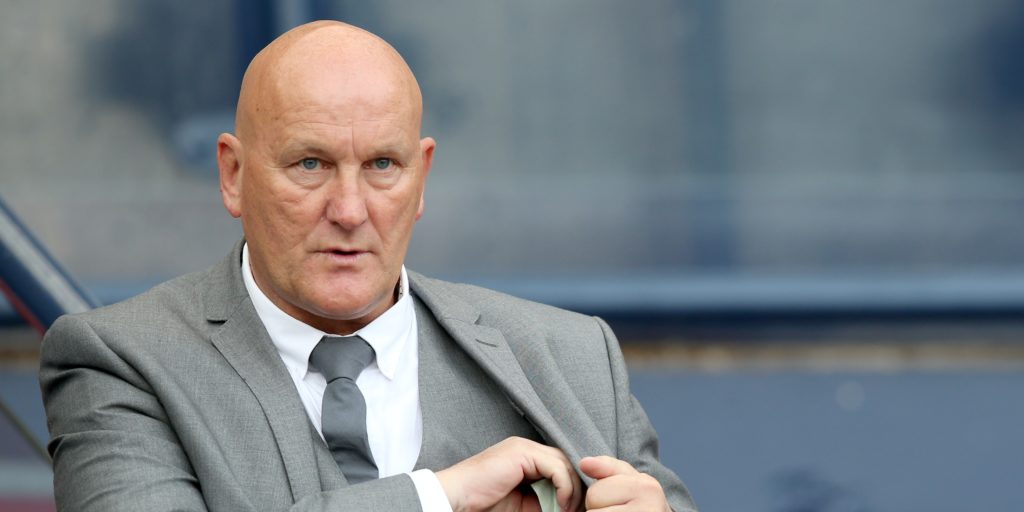 Duffy went to hospital on Saturday after suffering chest pains.

The 61-year-old former Dundee, Hibernian and Morton boss went to hospital on Saturday after suffering chest pains and tests showed he had suffered a heart attack.

Dumbarton added that “all indications are that he is making positive progress”.

Chairman John Steele said on the club’s official website: “Everybody at Dumbarton FC is hugely shocked that Jim has suffered this setback to his health, but we are glad and relieved to note that he is recovering well.

“The reaction there has been since last night shows how popular Jim is – not only at Dumbarton, but across Scottish football and beyond.

“We are extremely grateful to all who have been in touch to register their good wishes for Jim. Every single message we have received is appreciated.

“We know that Jim is in the best possible hands to recover. The past few months have shown how priceless our National Health Service is to us all.

“Jim also has a loving family and countless friends who will rally round him during this time. And of course the club will do whatever it can to support him and his family.

“Once Jim has made a full recovery, we feel absolutely sure we will see him back on the training pitch and in the dugout – and we look forward to that happening.”

A number of Duffy’s former clubs including Dundee, Morton, Clyde, Partick Thistle, Brechin and Celtic – where he began his playing career in the youth team – passed on their best wishes to Duffy on social media.

Morton wrote: “Special thoughts and warm wishes from us all to former player and manager Jim Duffy for a speedy and full recovery following a heart attack.”

Dundee said: “The club would like to pass on our best wishes to former player and manager Jim Duffy after the news tonight that he is recovering in hospital. We wish Jim a full and speedy recovery.”

Thistle said in a statement: “All at Partick Thistle were shocked to learn that former Jag Jim Duffy had been admitted to hospital for treatment following a heart attack.

“All within the Thistle family wish Jim the very best of health as he looks to make a full recovery.”