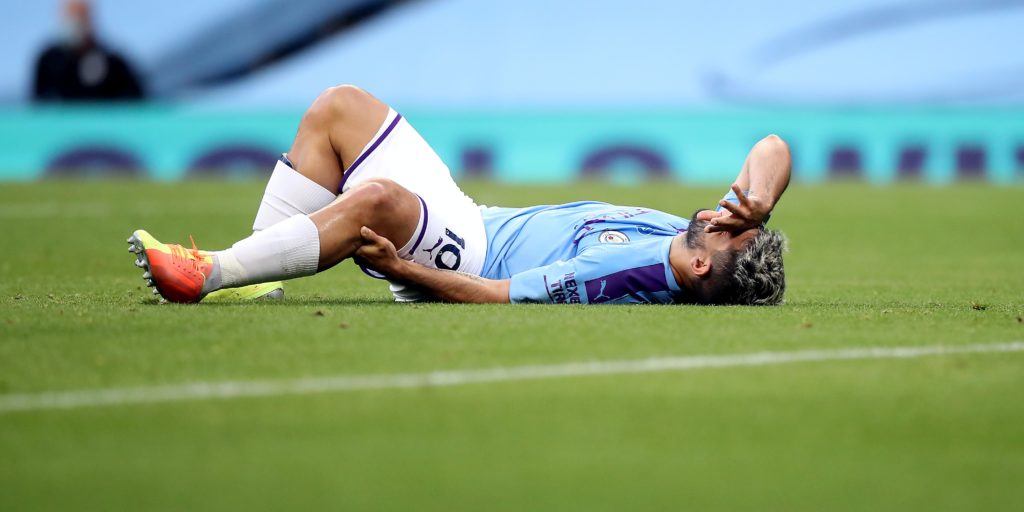 No timescale has been put on the Argentinian’s return.

City’s record goalscorer limped off shortly before half-time during Monday’s Premier League victory over Burnley at the Etihad Stadium.

No timescale has yet been put on the Argentinian’s return but he has not yet been ruled out for the Champions League resumption in August.

Aguero, 32, has travelled to Barcelona for treatment with renowned surgeon Dr Ramon Cugat, who has operated on numerous City players in recent years.

At a press conference ahead of Thursday’s trip to Chelsea, Guardiola said: “Tomorrow he is going to make a surgery. Once he has finished the surgery we will know the time Sergio will come back to play with us.”

Asked if Aguero would be back for the Champions League games, the Spaniard replied: “I don’t know right now.”

Guardiola had voiced fears following the 5-0 win over the Clarets that Aguero’s campaign may be over.

On Tuesday, the player wrote on Twitter: “The scans I did this morning have confirmed that I have damaged my left knee.

City have also been without England defender John Stones since returning to Premier League action last week due to an ankle injury.

The centre-back is unlikely to be available at Stamford Bridge but is making good progress in his recovery.

“He’s training on the pitch,” Guardiola said. “He’s getting better and hopefully he can join the team in the next few days.”

A final decision on whether City’s clash against Liverpool next Thursday takes place at the Etihad Stadium or a neutral venue is expected to be made before the end of the week.

Asked about the possibility of the game being moved elsewhere, Guardiola said: “We will follow the Premier League instructions. All the protocols they’ve said, we’re going to do.”