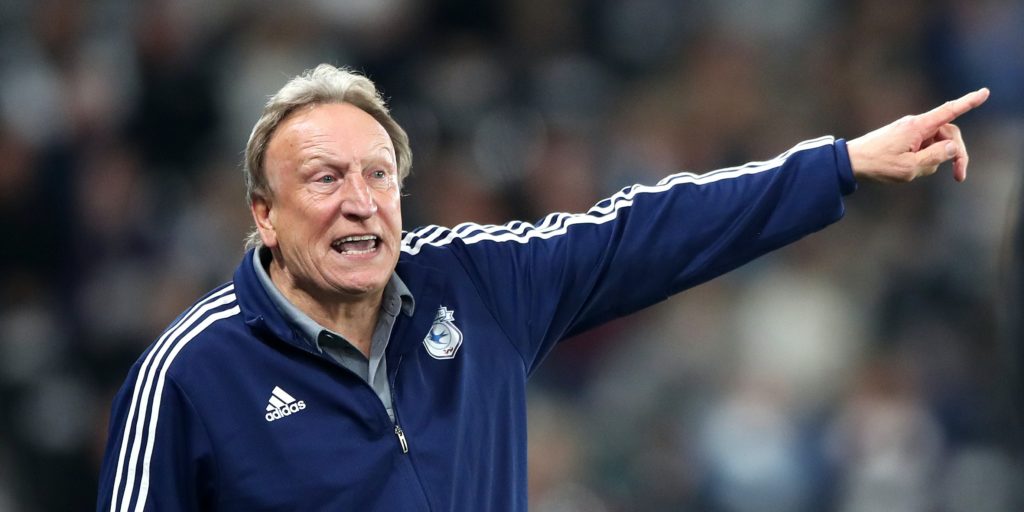 The 71-year-old has eight games in which to keep Boro up.

Neil Warnock is revelling in his Red Adair reputation after being parachuted in to Middlesbrough for another rescue mission.

The 71-year-old likened himself to the famed American oil well firefighter as he launched his attempt to drag the Teessiders away from the Sky Bet Championship relegation zone with just eight games of the season remaining.

Former Leeds, QPR and Cardiff boss Warnock, who took training for the first time on Tuesday afternoon ahead of Saturday’s trip to Stoke, may have eight promotions to his name, but he regards his role in saving Rotherham from relegation to League One in 2016 as one of his finest achievements.

Asked if he could keep Boro up as he was unveiled at a press conference, he said: “Well, I wouldn’t have come if the answer was no.

“I should be called the Red Adair because I don’t really get jobs that are decent in that respect, I always get trouble-shooting jobs.

“But I do enjoy that rather than being mid-table and nothing to play for. I just think you need that little bit of something on the edge. That’s what I’ve missed in the last few months.”

Warnock, who will be assisted by long-serving lieutenants Kevin Blackwell and Ronnie Jepson at the Riverside Stadium, was drafted in after chairman Steve Gibson called time on rookie head coach Jonathan Woodgate’s 41-game reign, with the club sitting above the drop zone only by virtue of goal difference.

A man whose managerial career began at non-league Gainsborough Trinity in 1980 and has since taken him to Scarborough, Notts County, Huddersfield, Plymouth, Oldham, Bury, Sheffield United, Crystal Palace, QPR, Leeds, Rotherham and Cardiff, is looking no further forward than the final game of the current campaign.

When it was suggested his spell on Teesside might be his last in the game, he replied with a smile: “I wish I got a pound for every time that question was asked of me.”

Warnock needs 11 more games to reach 1,500 as a manager and while he will not achieve that this season, he could not resist when Gibson’s call came.

He said with a smile: “When he rings you and asks you that, I’d more or less retired, I think, in my mind, but I thought, ‘What an opportunity, eight games without anybody booing me!’.”

Boro announced Woodgate’s departure three days after a 3-0 home defeat by Swansea left them in a precarious position.

“Jonathan was relieved of his role on Tuesday morning and will be replaced by the experienced Neil Warnock. Warnock will assume responsibility immediately.

Former Boro and England defender Woodgate, who tasted victory on only nine occasions, later spoke of his disappointment in an Instagram post.

He said: “Today was a day that I hoped would never come, but I’ve been in football long enough to know that these things happen.

“To be given the chance to manage my home-town club – the club that I love – is something I will never forget and I will always be grateful to Steve Gibson for the opportunity.

“There is no-one more disappointed than me at how things have gone, and believe me, there hasn’t been one moment when I’ve ever stopped thinking about the job and how to improve and make things better.”