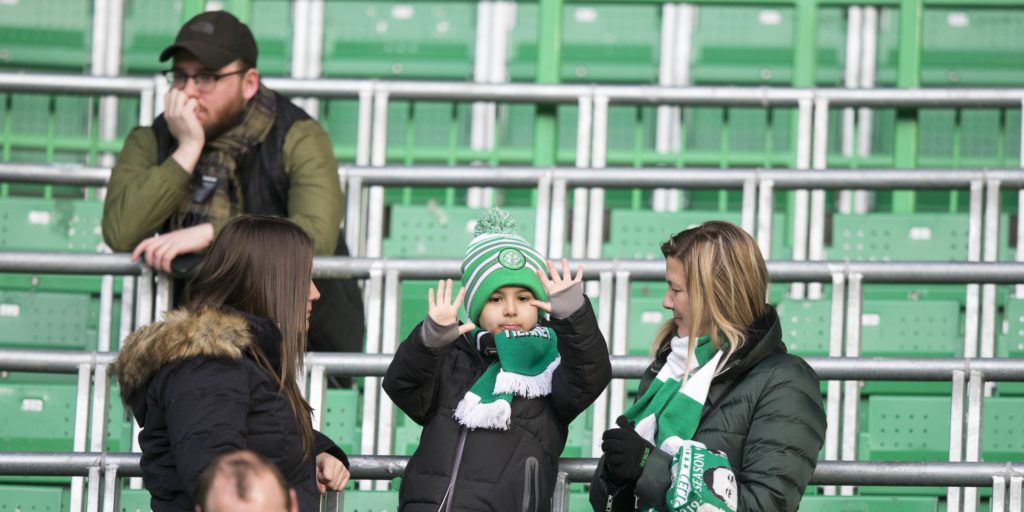 The Premiership season is due to kick off on August 1.

The Scottish football authorities will explore ways to get some supporters in grounds for the start of the Premiership season after a further easing of the lockdown was announced.

First Minister Nicola Sturgeon confirmed she hoped Scotland could move into phase three of the route out of lockdown on July 9 when further details of plans for live events are expected to be set out.

The provisional plans open the door for live events to be held outside with “physical distancing and restricted numbers” from a target date of July 23.

The Premiership season is due to kick off on August 1, handing fresh hope that clubs will have some fans present for the resumption of football.

A statement added: “We are pleased that plans are under way to introduce live outdoor events with physical distancing and restricted numbers, potentially as early as July 23.

“While we appreciate this area is subject to further public health advice, we will nevertheless work with the government to seek clarity on this advice in relation to the August 1 start to the Scottish Premiership season.

“We also note the Phase 3 guidance that organised outdoor contact sport can resume for children and young people, potentially from July 13. Again, we will consult with ministers, government advisers and sportscotland to fully understand what this means for the gradual return of grassroots football.

“We remain committed to working within the guidance issued by the government and will liaise with the National Clinical Director for Scotland (Jason Leitch) to establish a safe and compliant process for the introduction of spectators to professional football matches and the restart of grassroots football for thousands of people in Scotland.”

Premiership clubs are waiting for approval to resume contact training but the news on grassroots action will give them huge encouragement that such a measure is imminent.

Scottish Football Association chief executive Ian Maxwell said: “Today’s news is welcome by the JRG and I am sure everyone involved in Scottish football from professional to grassroots level.

“While we must proceed with caution and respect the government’s current public health advice, none the less the First Minister’s announcement today gives confidence that, as the virus diminishes in Scotland, we can prepare for the gradual return of fans into stadia.

“The JRG is also currently finalising its Return to Playing guidelines for the commencement of the Scottish Premiership season and will share this with clubs shortly.”

Scottish Professional Football League chief executive Neil Doncaster added: “This is a vital step everyone in Scottish football has been waiting for. We are not taking anything for granted, and are committed to adhering to all relevant medical and government guidelines, but clubs and supporters can definitely now see light at the end of the tunnel.”

The SFA has promised to provide information and advice for the grassroots football community in the coming weeks.

“Today’s announcement is also hugely encouraging on the timeline for the reintroduction of football to the hundreds of thousands of recreational players in the country,” Maxwell said.

“It is clear that in the first stages of the re-introduction of grassroots football will focus on local activity within a club setting and no league or match activity will be possible within the proposed timescales announced today.”