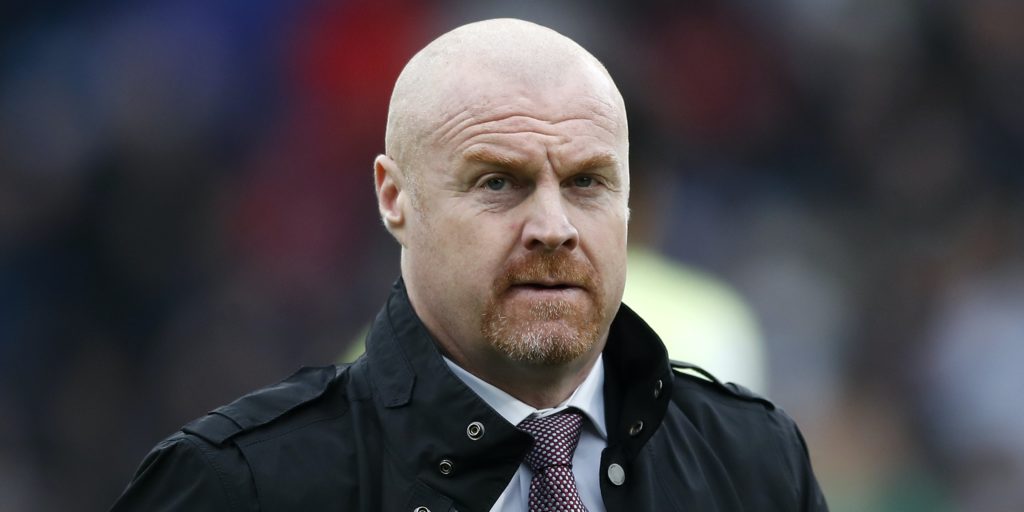 Dyche said the message stood in contrast to the club’s principles and the extensive work done in the community.

Sean Dyche wants Burnley’s response to the ‘White Lives Matter’ banner which was flown above their match against Manchester City on Monday night to strengthen the club’s anti-racism message.

Burnley have condemned the banner and promised to impose life bans if the perpetrators can be identified, and Dyche said the message stood in contrast to the club’s principles and the extensive work done in the community.

But the manager also hopes a strong response to the incident can strengthen the campaign against all forms of discrimination.

“There has to be some form of silver lining to the cloud,” Dyche said. “The reaction to that moment has been so overwhelming and empowering on the things that need to be addressed.

“If there is a silver lining it’s that reinforcement of all those messages that have been going out to make sure that it doesn’t exist.

The banner, which in full read ‘White Lives Matter Burnley’, was flown over City’s Etihad Stadium as players were taking a knee in support of the Black Lives Matter movement, part of an extensive campaign during the restart of the season.

Burnley captain Ben Mee joined Dyche in condemning the banner during their post-match interviews, and Dyche said Mee was speaking for the entire playing group when he spoke of his embarrassment and anger.

Dwight McNeil, son of former Macclesfield and Stockport player Matty, also criticised a tweet from former England international Darren Bent, who wrongly wrote that Burnley have no black players in their squad.

Dyche said he was not yet sure if any further statements would be planned for Thursday night, when Burnley host Watford, but said the feelings of his players had not changed.

“The players collectively had a view which we all shared together, but they know equally the world moves forward and they have to because we’ve got big games coming up and the next one is tomorrow,” Dyche said.

“But no matter what you’re doing or are not doing, that doesn’t change the feeling. They know the feeling, they feel it was unacceptable but it’s what they decide to do about it and how they want to show that.”

A short-handed Burnley side were hammered 5-0 by City on Monday, their third consecutive defeat by that scoreline at the Etihad.

Dyche was only able to name seven substitutes, including two goalkeepers, as uncertainty over five players out of contract added to injury woes.

On Wednesday it was announced that Phil Bardsley has signed a new one-year deal, but Dyche indicated that Joe Hart, Jeff Hendrick, Aaron Lennon and Adam Legzdins had played their final games for the club.

Dyche had hoped to retain at least some of that group and voiced his frustration over the situation in the build-up to the City game, but denied it was indicative of larger problems in his relationship with the board.

“I had to chuckle because I heard somebody say the other night it’s the first time that Sean Dyche has questioned the board,” he said.

“I think most boards would be happy if they only got questioned every seven and a half years.”