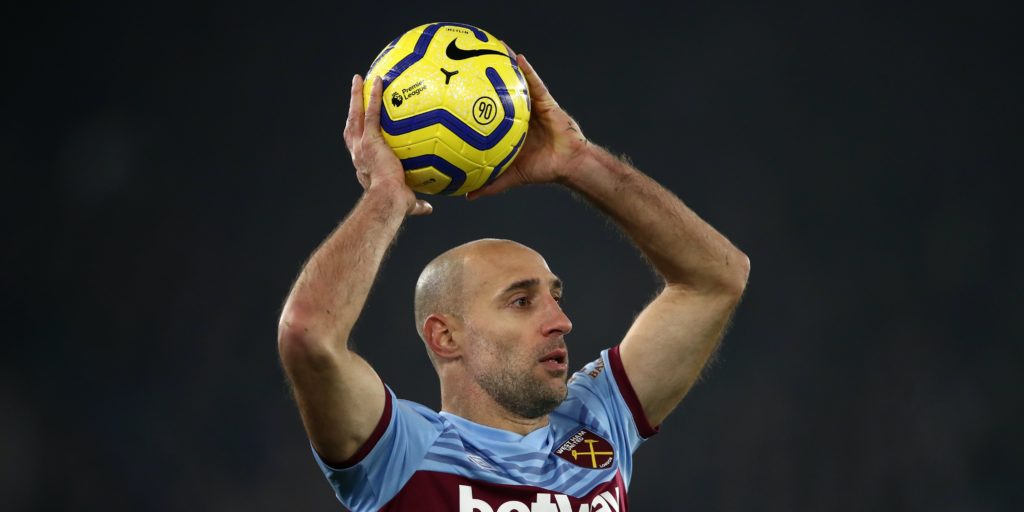 Carlos Sanchez and Jeremy Ngakia are also set to leave on June 30.

Pablo Zabaleta will leave West Ham when his contract expires on June 30, the Premier League club have announced.

The Argentinian full-back spent three seasons at the London Stadium and made 80 appearances for the Hammers.

He was offered a new short-term extension until the end of the disrupted 2019-20 campaign, but an injury has prevented him from accepting it.

Carlos Sanchez and Jeremy Ngakia are also set to depart the club when their contracts expire on June 30.

Academy graduate Ngakia has made five starts in 2020, but turned down a new deal.

A club statement read: “Jeremy was offered significantly improved terms to reward his breakthrough into the first-team squad this year, along with further contractual enhancements linked to his future progress and success.

“However, the player and his representatives declined to accept any of the offers, and also turned down a short-term extension until the end of the current season.

“The club would like to thank Pablo, Carlos and Jeremy for their service and wish them well in their future careers.”