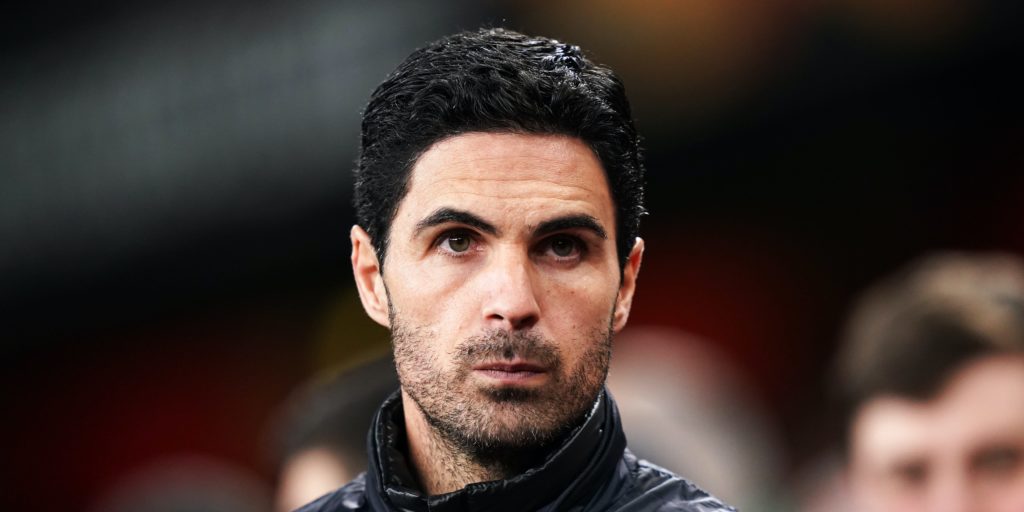 Reports surfaced in France on Friday that Matteo Guendouzi had made it known he would not be against leaving the Gunners in the summer.

Arsenal head coach Mikel Arteta insists he only wants a squad full of players ready to jump “on the boat” and follow his path following speculation Matteo Guendouzi could leave the Emirates Stadium this summer.

The midfielder was dropped from the 20-man squad which won 2-0 at Southampton on Thursday night to give the Gunners their first points since the season resumed.

While Arteta claimed it was for “player management” reasons, the suggestion that it was in response to Guendouzi’s actions in Saturday’s defeat at Brighton will not go away.

The 21-year-old grabbed Seagulls’ match-winner Neal Maupay by the throat at full-time and had reportedly been winding up the opposition throughout the game.

He escaped a Football Association charge after the incident had been seen by the Video Assistant Referee, but was forced to sit at home as his team-mates got Arsenal’s season back on track.

Reports surfaced in France on Friday that Guendouzi had made it known he would not be against leaving the club in the summer during a meeting earlier in the week.

While Arteta refused to deny such a meeting had taken place, he did suggest any player not on board with his plans moving forward would be allowed to depart with his blessing.

“All the players that are here, I am counting on them,” he said. “If they want on the boat, they are more than welcome and that’s always my mindset.

“I am here to help all of them to improve individually and collectively and that is my job.”

It remains to be seen if Guendouzi will return to the fold for Sunday’s FA Cup quarter-final away to Sheffield United.

If he does not, Granit Xhaka is likely to retain his place having returned from injury to put in an impressive performance in the win at Southampton.

With no crowd inside St Mary’s, it was often the voice of the Switzerland international that was heard cajoling and ordering around his team-mates.

Xhaka was stripped of the Arsenal captaincy by former boss Unai Emery earlier in the season after swearing at supporters following his substitution during a 2-2 draw with Crystal Palace.

Arteta stopped short of revealing whether Xhaka could regain the armband at some point in the future but is pleased with what the 27-year-old brings to the team.

“He’s a natural leader,” added Arteta. “He’s someone who is always 1,000 per cent committed, not just for himself but to help all his teammates all the time. I’m happy that you can hear him more now.

“Hopefully I have 24 captains who are willing to take leadership wherever they like.

“There is not only one way to be a captain, you can be a captain in many different ways. Be yourself, express yourself, play with the passion and set an example to your teammates. That is, for me, a leader.”