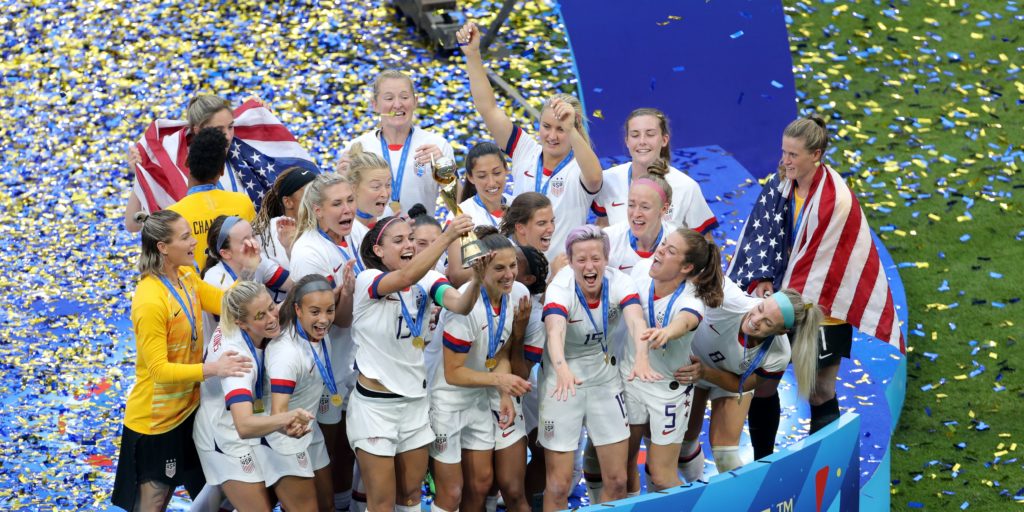 The finals will feature 32 teams for the first time.

Australia and New Zealand will co-host the 2023 Women’s World Cup.

The joint bid was chosen by the council of football’s world governing body FIFA, which met on Thursday afternoon.

It saw off competition from Colombia, with Brazil and Japan having dropped out earlier on in the process.

Australia and New Zealand’s bid received the best score from FIFA’s own evaluation report – 4.1 out of five – compared to Colombia’s score of 2.8.

The FIFA report described the joint bid as being the most favourable from a commercial perspective.

The 2023 finals will feature 32 teams for the first time, with the bid proposing to use up to eight venues in Australia and five in New Zealand.

The tournament is due to be played in July and August 2023, and will complete a busy 12 months for the women’s game, with the Euros taking place in England the summer before.

That tournament was originally scheduled for 2021, but was put back after the men’s Euro 2020 was postponed due to the coronavirus pandemic.

FIFA later confirmed that the Australia-New Zealand bid received 22 of the 35 votes.

All nine UEFA members on the Council, including Football Association chairman Greg Clarke, voted for Colombia despite the bid receiving a far inferior technical score in the bid report.

A UEFA statement read: “Even though the Colombian bid was not the one rated highest technically by FIFA, European members of the FIFA Council felt that it represented a strategic opportunity for the development of women’s football in South America thanks to the legacy and increase of attention for the women’s game that the tournament would bring to the continent.

“It was a choice between two countries – Australia and New Zealand – where women’s football is already strongly established, and a continent where it still has to be firmly implanted and has a huge development potential. It’s important to add that European members of the FIFA Council agreed to vote together on major issues as a matter of solidarity.”

The president of New Zealand Football, Johanna Wood, said: “We believe we have been given a treasure, and we will look after that treasure.

“We will work towards putting women’s football even more front and centre on the world stage.”