Chelsea boss Frank Lampard warns top-four race is not over 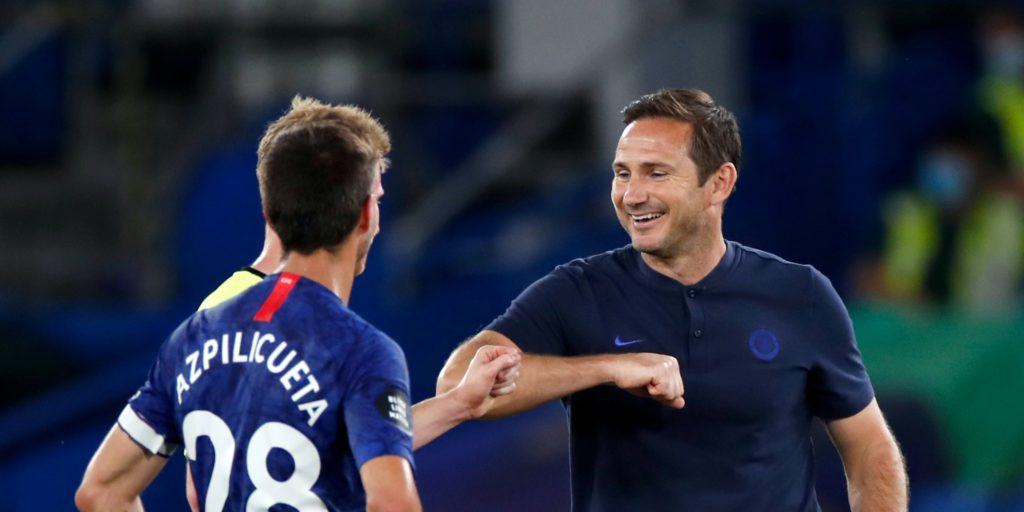 The Blues have a healthy five-point lead over the chasing pack.

Frank Lampard has warned his Chelsea players they still face a dogfight for a top-four Premier League finish.

Christian Pulisic and Willian found the net as the fourth-placed Blues dismissed Manchester City 2-1 on Thursday night and created a five-point gap on Manchester United in fifth.

Despite the Blues’ cushion to United and fifth-placed Wolves, manager Lampard insisted his side cannot expect to coast to Champions League qualification.

“It’s a big three points for us but we’re in a battle here,” Lampard said.

“It’s not going to be decided by that game. It’s a nice result that will give us confidence but the consistency that we produce to the end of the season is what will define us this year if we are to get the finish we want to have.

“I’m not getting carried away. We can get better. We can be better on the ball.

“We can have more possession. It’s one of the only games in which we didn’t have the lion’s share of possession but we have to accept that tonight and be happy with the result.

“We had to work a lot off the ball, as you do with Pep Guardiola teams and Manchester City. The way the lads showed the work ethic and focus throughout the game, how dangerous we were; we had the better chances in the game.”

Brazil forward Willian moved straight from extending his expiring contract until the end of the delayed season to burying the pivotal penalty against City.

Willian could yet leave Chelsea at the end of this campaign, but whatever happens next, Lampard is adamant he can rely on the 31-year-old.

“I’m delighted with Willian, he’s been great for me this season,” said Lampard.

“The players look up to him, he’s a senior player in the group. He has quality, he has work ethic and it was a continuation of his form for big parts of the season.”

Pulisic has burst into top form since the league’s resumption, firing two goals in as many games now he is finally over a niggling hip injury.

“Of course Christian came in last summer, there was a lot of talk about it,” said Lampard.

“He didn’t get a break. When he got in the team he was going really well and then got a really tough injury.

“I wanted to protect him a bit against Villa and see if he could make an impact, and he did that.

“I was always going to start him against City because I know he can bring it in these sort of games. And he brought it.

“He needs to keep working. He is a young player with so much talent and will get better and better.”