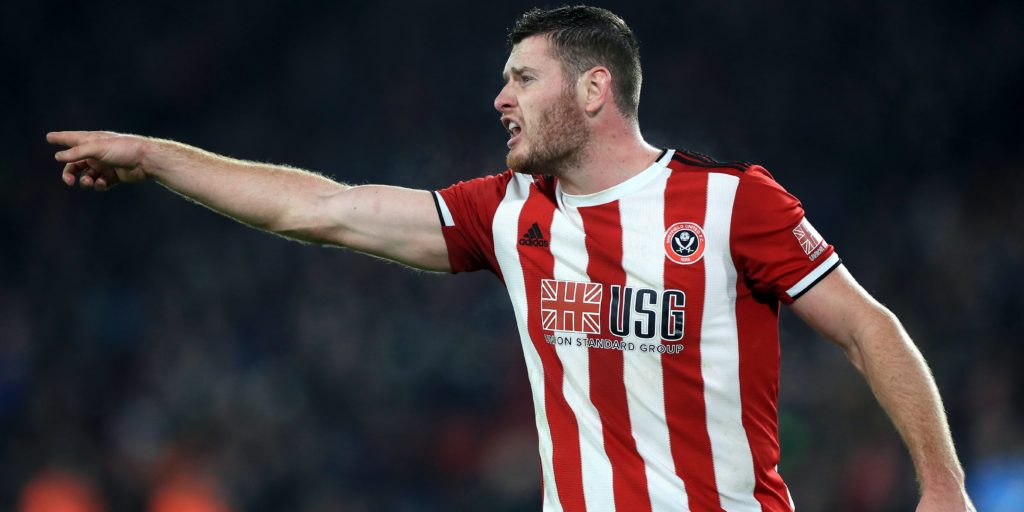 Sheffield United boss Chris Wilder hopes to have Jack O’Connell back for the FA Cup quarter-final against Arsenal.

The central defender, whose attacking overlaps have been integral to the Blades’ success this season, has missed the opening three games of the restart after picking up an impact injury in a training match.

Wilder says he is improving every day and will be assessed in the next 24 hours with a view to being involved at Bramall Lane on Sunday lunchtime.

If O’Connell does return then he will join goalkeeper Dean Henderson and defender John Egan back in the squad, which gives Wilder some comfort.

“Just the one injury we have to assess with Jack O’Connell, he is improving by the day,” Wilder said. “We will assess that over the next 24-48 hours.

“The mentality of the boy is that he wants to get back out there and play his part.

“It’s unfortunate these things have happened at the same time, we have had a settled back five all the way through.

“Jack has been a big player for us so to get him back involved boosts us tremendously and hopefully he will be available for selection.”

The Blades were flying before the coronavirus pandemic halted play and were in with a shout of qualifying for the Champions League.

A draw and two defeats since the resumption seems to have killed that ambition and performances have been well below par.

Wilder has given his players two days off in the hope it clears their minds and helps them regain their edge.

“We need to dig deep now and whatever the next game is we need a performance that gives us an opportunity of winning the game and hopefully we get that on Sunday.

“I have never questioned their honesty and never will, there are reasons that I believe we are not producing our best performances and the players are below par.

“We have always said we need to perform at our max. They are an honest group and they will be hurting because it’s not the standard we have set this season.

“I have given them a couple of days off.”