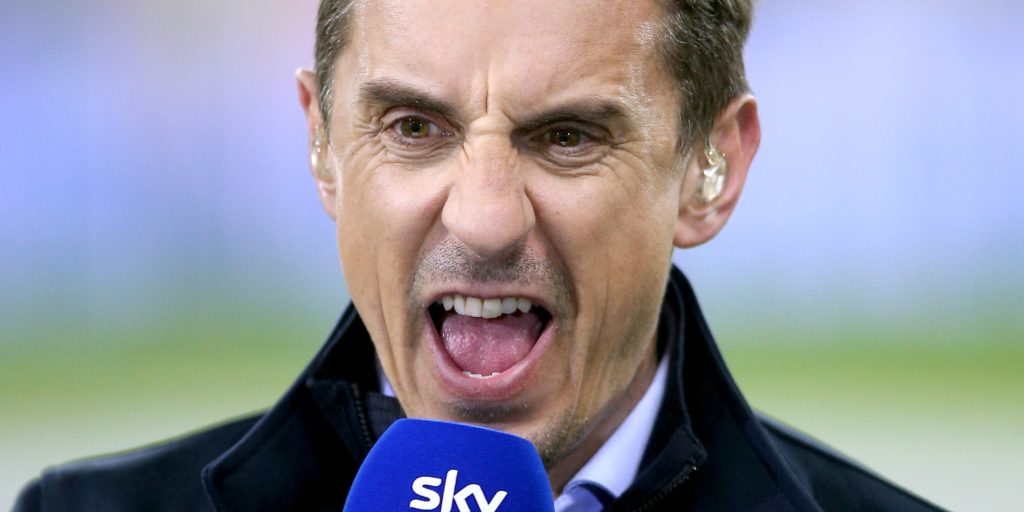 Gary Neville could be on a flight to Papua New Guinea after Liverpool’s title win, if a viral Sky Sports advert is to be believed.

The pundit and former Manchester United captain famously said he would have to move away to the remote Pacific nation if his club’s rivals won their first championship in 30 years.

After Chelsea’s win over Manchester City sent the trophy to Anfield, Sky Sports posted a tongue-in-cheek video enquiring as to the whereabouts of their big-name presenter.

The mock action film trailer features a host of the network’s stars, including Jamie Carragher, Kelly Cates and Jamie Redknapp, all desperate to find out where their colleague is hiding.

In real life the former England defender has been mysteriously absent, too, sharing only a waving emoji on Twitter after Thursday night’s result.

Many fans responded by mocking up a picture of Neville in a Liverpool shirt, poking fun at a video he had shared of himself with a champagne bottle when the Reds lost their only game of the season so far to Watford back in March.