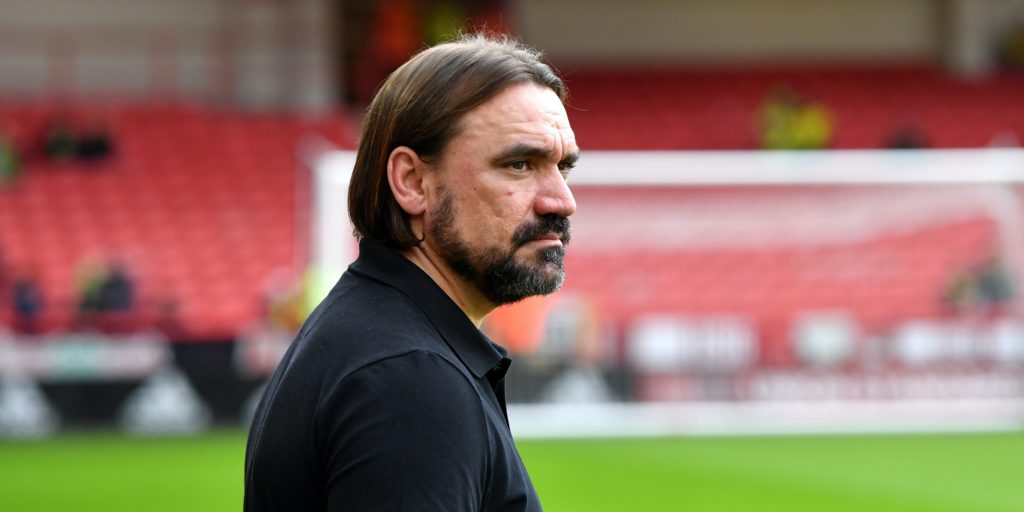 Canaries boss enjoys a break from the pressure of Premier League fight for survival.

Norwich boss Daniel Farke is keen not to have the spectre of Premier League relegation hanging over their FA Cup quarter-final clash against Manchester United.

The Canaries host the 12-time FA Cup winners on Sunday having reached the last eight of the competition for the first time time in 28 years.

Norwich’s form in the tournament has been in stark contrast to their league form and, having lost their first two games back since the restart, they sit bottom of the table and six points from safety.

While they are now odds-on to return to the Sky Bet Championship after a single season back in the top-flight, Farke wants to keep their FA Cup run separate from their league toils.

“The results have been disappointing, we wanted to take points sooner rather than later,” he said.

“A special and unexpected win is always good for the mood and the confidence so there could always be a spark that helps you keep going.

“But this is a different competition, this weekend we are just concentrating on the cup competition, it is our only topic.

“We will not be resting any players for the following tasks or whatever, we want to be there with our best performance and give ourselves a chance.”

Norwich lost 1-0 to Everton on Wednesday night as Farke opted to name Teemu Pukki, Todd Cantwell and Emi Buendia on the bench.

The trio have been three of the better players for Farke’s side this season but he insists no one is untouchable as he looks to work miracles to keep Norwich in the top-flight.

“In our team there is not one player where you would say without them we can’t win,” he added.

“With all due respect to my players, no one is irreplaceable. We don’t have Lionel Messi in our team.

“We have really good players with really good character but it is also important if we can be successful working as a team and with unity.

“There is not one player who is really special and without him we can’t win football games.”