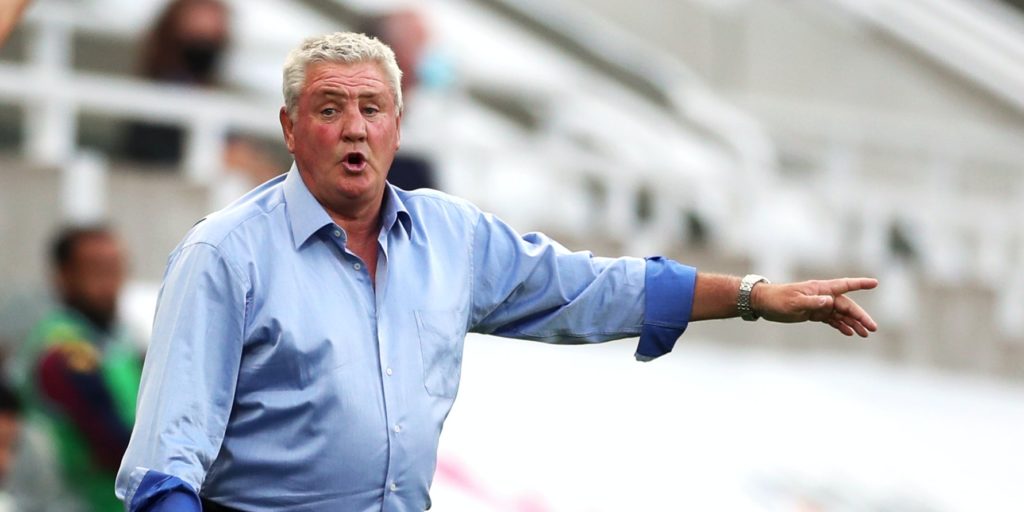 The 59-year-old Geordie was by no means a popular choice for many Magpies fans when he was handed the head coach role last summer, although he had guided the club to the brink of Premier League safety with seven games to go and into the last eight in the cup for the first time in 14 years.

To lead his men out at Wembley in a semi-final and perhaps later a final – a feat he achieved with former club Hull – would be a dream come true in a competition which yielded Newcastle’s last domestic trophy back in 1955.

Bruce said: “Just to be given the opportunity to manage the club is still something that is a little bit surreal to me because of my past and when I was a kid.

“I remember way back and once you’re born here, you’re always a Newcastle fan, it’s always going to stay with you. That’s never changed.

“No matter where I’ve played or coached, the first result I always looked for was Newcastle’s, so to go and lead a team out (at Wembley), for me personally, it would be terrific.

“How lucky am I? I’ve said it many times. How lucky am I to be a Geordie managing the team? There’s not been many of them over the years.

“I’ve been given this wonderful opportunity and if we can pull out all the stops and get to a semi-final or final, then that would be the icing on the cake.”

That said, Bruce is acutely aware of what stands between him and his dream in the shape of a City side smarting from relinquishing the league title to Liverpool and packed with world-class talent.

The former Manchester United defender played behind Bryan Robson and Roy Keane in his day, but rates Kevin de Bruyne right up with the best midfielders he has seen.

He said: “Is there a better midfield player at the moment than him? He seems to have got everything in his locker.

“He can score a goal, he sees a pass and he’s got wonderful delivery. He’s up there with the great players.

“The word ‘great’ can sometimes be over-exaggerated, but if you talk about the likes of Roy Keane and Bryan Robson, then they are great players and Kevin de Bruyne would certainly be that too.

“He’s a wonderful footballer who looks as if he’s got a bit of humility about him, and that’s what makes him a bit special too.”