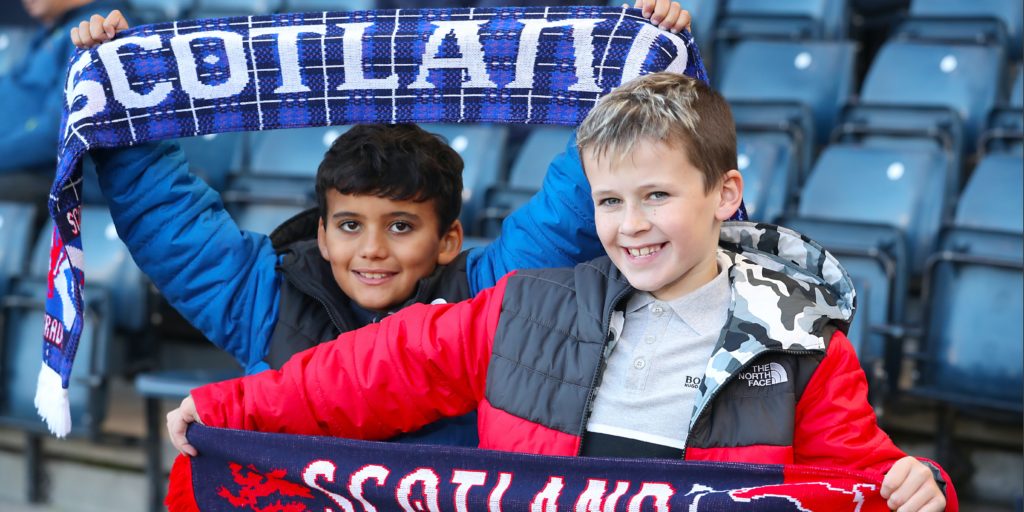 The Scottish government has paved the way for outdoors events to take place in front of limited crowds from a provisional date of July 23.

The importance of supporters has been reinforced for Steve Clarke as he watches football return behind closed doors.

So the Scotland boss has been encouraged by this week’s news over the prospect of Scottish fans getting into grounds sooner than expected.

The Scottish government paved the way for outdoors events to take place in front of limited, physically-distanced crowds from a provisional date of July 23.

And reports claim Celtic hope to play in front of 30,000 fans by the end of August.

Scotland begin their Nations League campaign against Israel at Hampden on September 4 and host the same team in a Euro 2020 play-off semi-final on October 8, and Clarke is desperate for the stadium to welcome at least some fans.

“If you watch the behind-closed-door games, the lack of atmosphere really shows you how much football is a spectator sport,” Clarke said. “You need a crowd there, you need an atmosphere.

Celtic midfielder Callum McGregor was delighted to hear the reports.

“Football with the fans is what everyone wants. We’re having to make do in certain situations just now around the world. We want it first and foremost to be safe for everyone to get back in. If we get everyone back in, no doubt that will add to the performances and the games and the whole atmosphere and football as we know it.

“If we have to start the season behind closed doors then we’ll certainly be giving absolutely everything on the pitch to make sure we’re doing them proud when they’re watching on the TV.

“But it will be great to get everyone back together in some sort of capacity, where they’re roaring us on and we’re doing our bit on the pitch to try and deliver for them.”

McGregor is also expecting further good news in the shape of a return to contact training “in the next couple of days”.

“The club have been excellent in terms of all the protocols, everybody’s followed that to the letter so hopefully we can now start to ramp it up,” he added.

“It’s been a few weeks now that we’ve had the socially distanced stuff. It’s good to be back in, great to be back on the grass and obviously training but as footballers you want to get it ramped up and get the contact stuff back and have the mini games and possession to get your feel back in for the game.

“The quicker we can get to that point then obviously it gives us more weeks to get prepared for the games. That’s where everyone wants to be. We want to be flying come the first week in August.

“Hopefully the league will start then and and we’ll be up to fitness and have our eye in for the ball. We’re just desperate to get the league on.”