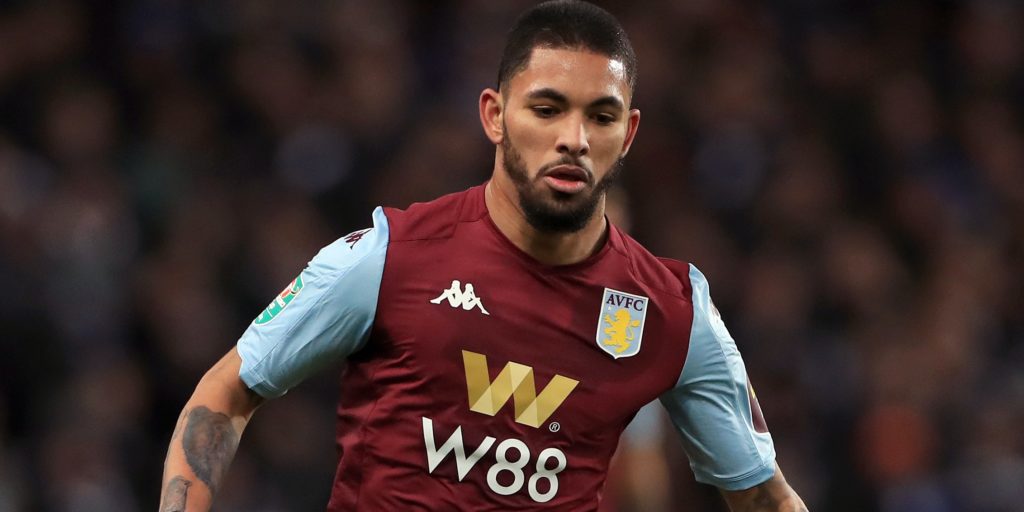 Dean Smith is hoping the Brazilian’s contribution will increase due to improved fitness as well as better English.

Midfielder Luiz has completed the next stage of his development as he helps Villa battle the drop.

Luiz has been one of the bright points in Villa’s restart despite their failure to win any of their opening three games, which has kept them in the bottom three on goal difference.

“He’s passed his English exam and it certainly helped him mixing with the players a lot more,” said the manager, knowing his side will escape the drop zone if they avoid defeat.

“It’s an external thing, you have to do certain exams to continue with your visa. He’s passed that now and the lads have been having a bit of a laugh with him because he keeps saying things like, ‘the television is next to the table’.

“You’re always on the periphery if you’re not understanding what the others are saying and now he’s got a really good grasp of the language.

“He’s not been the most confident one in speaking English and it (passing exam) has helped.

“He is an extremely fit lad and he’s covered a lot of ground, some of the stuff we’ve been doing in the mini pre-season, he was coming out on top in everything. It shows you the fitness levels he’s got.”

He made his senior Brazil debut against South Korea in November and only Jack Grealish and Tyrone Mings have played more minutes for Villa this season.

“He needed to understand his team-mates a lot more, I don’t just mean in English, I mean the type of passes they want to receive from him and where they like him to be,” said Smith.

“Football is about relationships on the pitch and knowing one another. Their strengths and weaknesses, he needed to get to know the players more.

“The language has helped that but the break has also helped him become a fitter player.

“What you forget is that he walked in the door two days before the Tottenham game at the start of the season.

“There wasn’t an awful lot of pre-season that Douglas had had with us. Now he’s got a really good understanding of what we are about.”