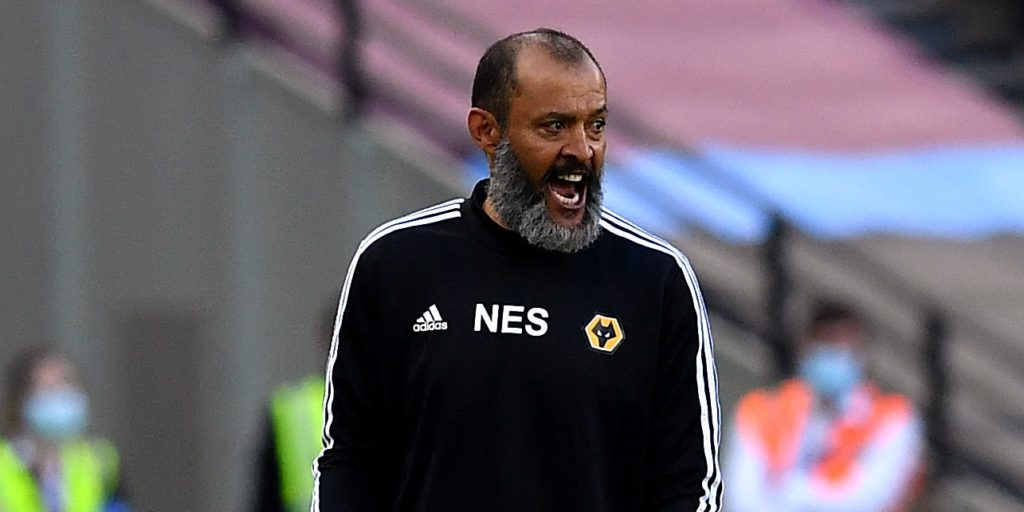 Raul Jimenez, who scored the winner in Wednesday’s 1-0 victory over Bournemouth, said the club should dream big.

Nuno Espirito Santo has told his Wolves stars to do their talking on the pitch.

The manager wants his players to remain focused as they chase the Champions League.

After scoring the winner in Wednesday’s 1-0 victory over Bournemouth – his 24th goal of the season – Raul Jimenez said the club should dream big.

Nuno responded by saying he would speak to the striker and, ahead of Saturday’s trip to Aston Villa, he has issued a message to his team.

He said: “Yes I spoke with him. What do you have to do? Play and compete tomorrow. Don’t dream about it the day before.

“What I said was we cannot fool ourselves. We have an idea and no one goes away from that idea.

“Spontaneous conversations can happen – anyone can think anything or dream about being whatever.

“What is really important is what you do to achieve things. Raul does it every minute of every day. So he can say whatever he wants.

“But it’s two totally different things. When you speak or dream you are sitting down or lying down – you can do whatever you want.

“When you are on the pitch, don’t speak or dream – work.”

Villa are second bottom in the Premier League but will move out of the drop zone if they avoid defeat.

Traditionally they have been the biggest club in the midlands, having won the European Cup in 1982, yet have seen Leicester and Wolves streak ahead of them.

Nuno, though, says he still respects Villa’s history: “What I know is we’re talking about two huge clubs that have well represented the West Midlands region for a long period of time.

“History says it’s not a flat line – there’s ups and downs, it’s like life. In the bad moments you have to react, you have to bounce back and improve.

“It’s happened through time but what I see from Wolves now is we’ve been able to regain that strength that the club had in the 1950s, 60s and 70s.

“So much has changed – it’s harder now, it requires more from you, but we are very proud that once again, Wolves have become something that everybody talks about, everybody sees and, more importantly for me, our fans enjoy.”