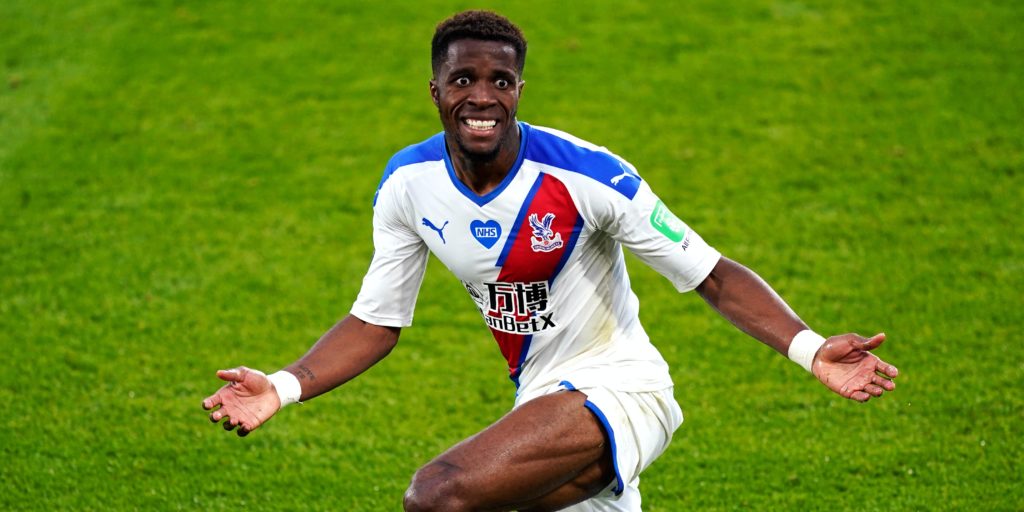 Zaha hobbled out of Wednesday’s 4-0 drubbing at Liverpool with a calf problem.

Zaha hobbled out of Wednesday’s 4-0 drubbing at Liverpool with a calf problem, while Benteke missed the Anfield trip entirely with a thigh complaint.

Ivory Coast forward Zaha missed training on Saturday as he continues to receive treatment, but Eagles boss Hodgson has refused to give up on either man being fit for the Selhurst Park encounter with Sean Dyche’s Clarets.

Asked if Zaha could be ready for Monday, Hodgson said: “We don’t know that yet, we’ve still got two days, he was having treatment this morning of course so didn’t take part in the training session.

“But we’re still hopeful that these next couple of days will see him recover from the minor injury that he suffered in the warm-up.

“And we’re leaving the door open of course, because we would like him to play.

“We’re very weak at the moment unfortunately in the forward positions.

“And the team we played against Bournemouth, with both Wilfried and Christian Benteke alongside Jordan Ayew, played so well and gave us such a threat. But when sadly two of those players are missing, it makes such a difference.

“Very few teams can take players of such quality out of their starting line-up and be as good.

“We’re not writing off yet the chances of those two taking part in the game.”

Goalkeeper Vicente Guaita is expected to overcome a thigh injury in time for Monday, while midfielder Luka Milivojevic should also return to the starting line-up.

“Milivojevic and Guaita look like they are going to be fit enough to play,” said Hodgson. “So we should be a bit stronger than we were on Wednesday night.

“Guaita, I rate his chances very highly. And when it comes to Wilf and Christian Benteke we’ll still have to wait and see what the next two days bring.

“The squad wasn’t that bad at the beginning of the season, and we strengthened in January by signing Cenk Tosun.

“That gave us the opportunity to let Conor Wickham go on loan (to Sheffield Wednesday). But now we find ourselves desperately missing both those players.

“That kind of thing can put a lot of pressure on a particular area of your squad, but we know what we have to do to get through that.”