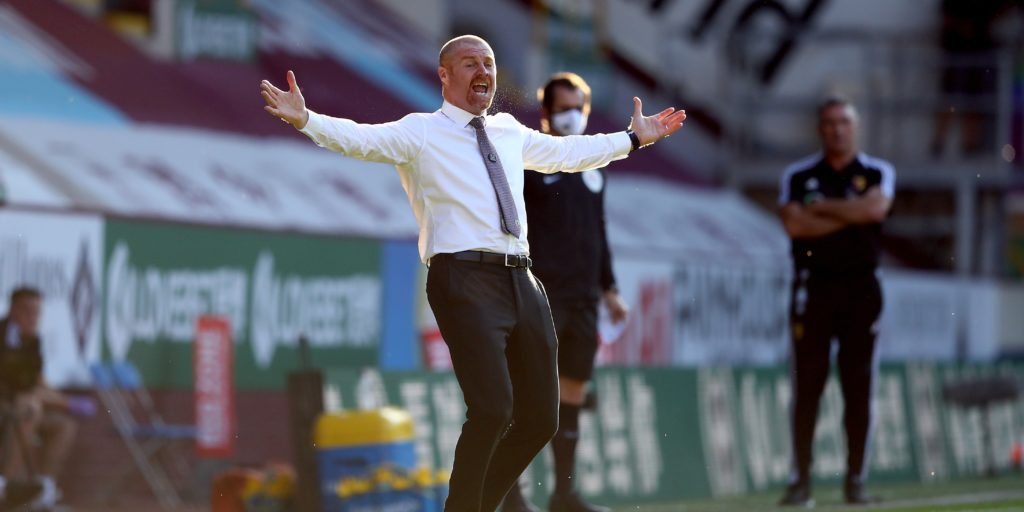 The Clarets have long relied on the English market to add to their squad.

Sean Dyche believes Burnley are better placed to take advantage of the European transfer market than in previous years as they look to replenish a depleted squad this summer.

The departures in the past week of Jeff Hendrick, Joe Hart and Aaron Lennon have led to Dyche publicly voicing his frustration with the club’s board – sparking speculation over his own future at Turf Moor – but also left an increasingly threadbare squad in need of reinforcement.

Burnley have long relied on the English market, with their last overseas import being the GBP 8million signing of Steven Defour from Anderlecht back in August 2016.

That has been down to a limited scouting infrastructure overseas and what Dyche calls a “risk-averse” strategy from the club’s board, wary of the added complications which come with asking players to move to a new country and adapt to a new life as well as a new league.

But Dyche said Mike Rigg, appointed as the club’s technical director in 2018, has worked to improve the club’s networks abroad ahead of what could be a busy summer.

“We have got more depth, more knowledge,” Dyche said. “Mike Rigg has been working hard to give us more knowledge of the European market, so who knows? Watch this space.”

Dyche spoke this week of the increasing difficulty of finding affordable English players.

While the club has a long history of success in signing players like Nick Pope and James Tarkowski for relatively small fees and seeing them go on to earn England recognition, that model grows more and more difficult as lower-league clubs demand ever higher fees for young prospects.

Opening more doors in Europe could therefore be key as Dyche urges the board to refine their approach and keep the club moving forward.

“We have built a deeper market with more people on the ground, more analysts looking at players,” Dyche said. “It’s still a risk-reward strategy from the board, and it’s usually risk-averse.

“Foreign players sometimes come over and find it hard to settle. Our board don’t want to make mistakes that cost money…

“It’s about doing the depth and the background to swing the odds in your favour.”

As attention begins to shift towards the summer market, Dyche has repeatedly said Burnley are on a sound financial footing despite the coronavirus crisis.

And so, while Dyche repeated the view that emerging star Dwight McNeil would one day need to leave the club to fulfil his potential, he insisted he would not come cheap.

“I don’t think we’ve ever planned to stay in anybody’s way, but equally we’re in a position the last few years to stand our ground in the market,” Dyche said.

“There was a time when people might have thought that if a player is doing well for us, you could nick him. That’s not the case now.

“If people want to come for our players they will have to pay heavy prices.”