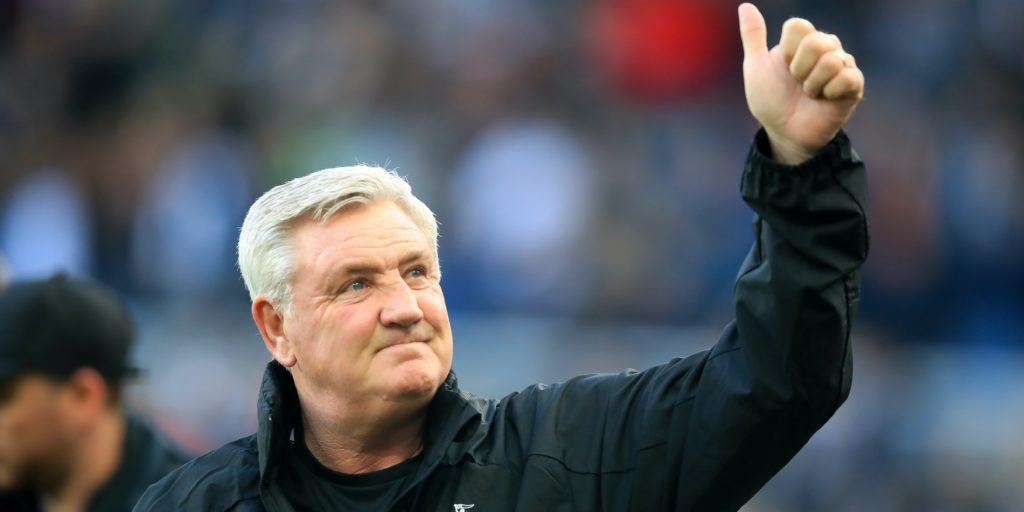 Newcastle head coach Steve Bruce is desperate to be the man to bring an end to a domestic trophy drought which stretches back to before he was born.

The 59-year-old was a ball boy at Wembley in 1976 when the Magpies lost to Manchester City in the League Cup final two years after he was unable to get a ticket for their FA Cup final defeat by Liverpool.

On Sunday, he will send his troops into battle with City with a place in the semi-finals of the FA Cup, the last piece of domestic silverware the club collected in 1955, at stake and scarcely believing that barren run.

Bruce said: “It is quite remarkable, it really is. It’s such a long time – that’s even before I was around.

“That’s the way it is, that’s why there has always been that clamour. How can a club of this stature have gone so long without winning anything?

“That’s got to be the priority, whoever is sitting in this chair, that is the remit they need to have. Can they win something? Can the club win something?

“Maybe it will be this year. We’ve given ourselves a wonderful opportunity. Who knows? Let’s see.”

If they are to stand a chance of ending their wait for success – the 1969 European Fairs Cup win represents the only oasis in the desert – they will have to get past a City side which has enjoyed vastly different fortunes in recent years.

They were forced to surrender their Premier League title to Liverpool on Thursday evening, but Bruce fully expects that disappointment to galvanise them for the new campaign.

He said: “They have lost the league, but they will react to it, although with Liverpool winning it so early with so many points, it will be tough.

“They will be looking at it and seeing where they can get better – that’s why the Premier League is so great.

“Who would have thought it would take Liverpool 30 years to win the title when they were so dominant before then?”