Lewis Grabban at the double as Forest brush aside toothless Terriers 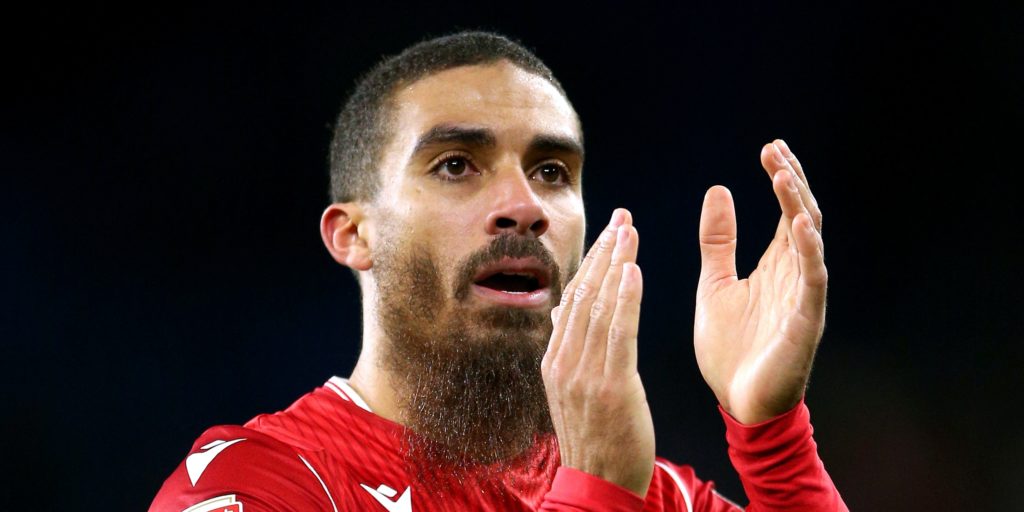 Struggling Huddersfield find themselves in the relegation zone on goal difference.

Lewis Grabban scored twice to help Sabri Lamouchi celebrate a year in charge of Nottingham Forest with a comfortable 3-1 win over sorry Huddersfield.

Grabban scored two minutes before half-time and again within a minute of the restart to put Forest in control as he took his tally for the season to 19 goals.

Ryan Yates’ late finish put the seal on a win that lifted Lamouchi’s side into fourth place in the Championship and gave the Frenchman further cause for celebration, just over a week after signing a new contract.

Danny Cowley’s Huddersfield, on the other hand, find themselves in the relegation zone on goal difference after suffering a second defeat since the restart.

Forest almost took an early lead as former Huddersfield man Joe Lolley rampaged into space down the right before cutting the ball back for Sammy Ameobi, who thudded a shot against a post.

At the other end Alex Pritchard threatened from a free-kick, which brought a smart if slightly awkward save from Brice Samba.

The Huddersfield man was at the centre of things again when he went down in the area following a challenge from Ben Watson. Although Pritchard fell to the ground rather enthusiastically, there was equally little contact from Watson on the ball, but Forest survived the penalty appeal.

Ameobi came close again as he flashed a header right across goal. And in the 43rd minute Lamouchi’s side did take the lead.

Joe Worrall gamely chased a clearance from a corner out to the left flank before looking up to deliver a brilliant cross to the far post, where Grabban was arriving to deliver a powerful, instant volley into the back of the net.

Having scored in the last two minutes of the first half, Forest netted again in the first minute of the second. It took 55 seconds in fact for Grabban to strike again as he got onto the end of a simple but precise ball from Ameobi before slotting home to make it 2-0.

Huddersfield almost pulled one back when Andy King flicked a header against the bar, while Lewis O’Brien saw a shot deflected narrowly wide. But Ameobi also fizzed a shot just the wrong side of a post.

Grant was denied by Samba, who held the ball at the second attempt, but Forest also continued to threaten, with Lolley just wide with a low shot.

Substitute Bacuna’s powerful free-kick was well saved by Samba, who was becoming an influential figure.

Yates made certain of three points for Forest when he forced home a corner from Lolley and things went from bad to worse for the visitors as Bacuna was sent off for a lunging challenge on Nuno da Costa.

Grant did pull one back from the spot at the death after Worrall had pushed substitute Fraizer Campbell, but Forest were already home and dry.