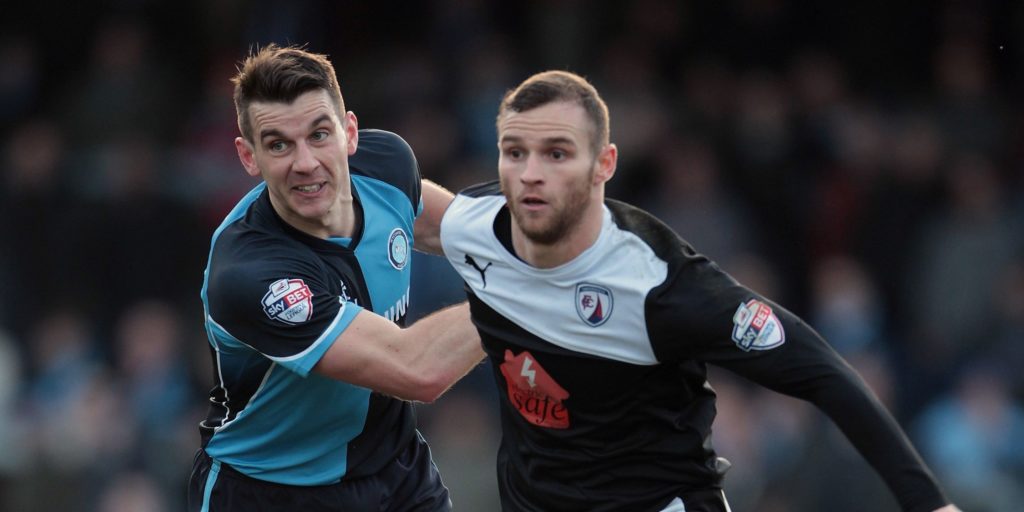 The 36-year-old was played for the Chairboys for 17 seasons.

Matt Bloomfield may be closer to the end of his playing career than the start but retirement is a long way from the Wycombe captain’s thoughts ahead of a League One play-off semi-final against Fleetwood.

The 36-year-old has made more than 500 appearances in all competitions across 17 seasons with the Chairboys and he is confident he will soon sign a new contract, with his current deal set to expire this summer.

By that point, both the midfielder and the club could be in uncharted territory. If the Cod Army are seen off over two legs and Wycombe prevail in the Wembley final then they will seal a Championship spot for the first time.

Irrespective of that Bloomfield, who started his career at Ipswich before moving to Wanderers in December 2003 having not made a league appearance for the Tractor Boys, still feels he has plenty of miles left on the clock.

Asked about whether he was contemplating hanging up his boots, Bloomfield told the PA news agency: “Absolutely no thought. I don’t even consider the word (retirement) at this moment in time.

“There might come a day when I have to but I always say that if you don’t admit it, it’s not true. I’m sure it will come true one day and I’ll have to deal with that but at this moment in time I don’t even consider it.

“I’m hoping to get something sorted out very soon. I love being where I am, I love playing football for this football club.

“I love being a part of the group. The stuff I do off the pitch gives me a massive buzz, trying to help the boys and guide them in their careers and learning off them and trying to improve as well.

“If this squad is going to get better then you have to go alongside it, that’s my motivation every day. I enjoy staying fit and long may that continue.”

Wycombe went into the footballing hiatus eighth in the table but were upgraded to third after the season was cancelled because of the coronavirus pandemic and the standings decided on a points per game basis.

They head to Fleetwood on Friday night, when Portsmouth welcome Oxford in the other semi-final, and because none of the four teams have played since March, Bloomfield acknowledged it will be a step into the unknown.

Bloomfield believes that could be exacerbated by the fixtures being played behind closed doors.

He added: “Usually the fancied team in the play-offs is the one that’s made the late charge who goes into them with some kind of momentum and not the team that drops out the top two at the last minute.

“Everyone’s on a level playing field, everyone’s gone on and had however many weeks away from the training grounds. No one really knows how the games are going to pan out.

“I’ve obviously watched the Premier League and the League Two play-offs and the games are slightly different without the supporters being there and everything else.

“It’s a completely unique experience for everyone involved and something I’m very grateful to be involved in.”