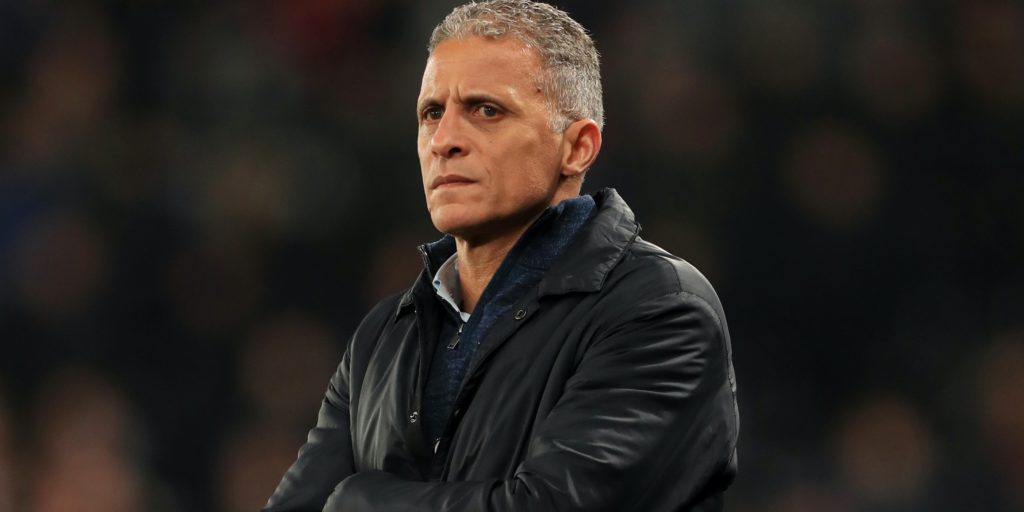 Curle is seeking a first promotion of his managerial career.

Northampton manager Keith Curle plans to “unturn as many stones” as possible in his quest to defeat Exeter and gain promotion at Wembley.

Former England defender Curle hopes his methodical planning can exploit the Grecians’ weaknesses and earn him a first promotion of his managerial career.

“We are very respectful in our attention to detail regarding the opposition,” said the 56-year-old.

“We’ve got a way of preparing whereby we show a lot of respect to the opposition, we try and unturn as many stones as we can, (discover) what gets them success.

“We do spend an amount of time on that but also within that we don’t alienate our fundamentals of how we can cause them problems.

“It’s about getting the balance right. We pay them attention but we also focus on ourselves.

“What we try and do on a game day is nullify the opposition’s strengths and try and exploit their weaknesses.”

The two league meetings between the clubs ended in a victory apiece, while both sides should be full of confidence having overturned deficits to win their respective play-off semi-finals.

Northampton stunned Cheltenham with a 3-0 win at Whaddon Road on Monday after losing 2-0 at home in the first leg.

Coronavirus restrictions mean there will be no supporters at the 90,000-seater national stadium, with an army of cardboard cutouts taking up some of the empty space in the stands, including celebrity Town fans Alan Carr and Shaquille O’Neal.

Curle wants his players to concentrate on the match, rather than the occasion, as the Cobblers bid to end a two-season absence from League One.

“The spirit is first class,” he said. “Within that there is a focus and a desire to get the job done.

“No matter how many times you have been to Wembley it is a special place to play. We will go there and embrace things after the game but we will be going there to win a game of football.

“Everybody understands we want our supporters with us. That won’t be possible on Monday, but they will be with us in spirit, we know that.”