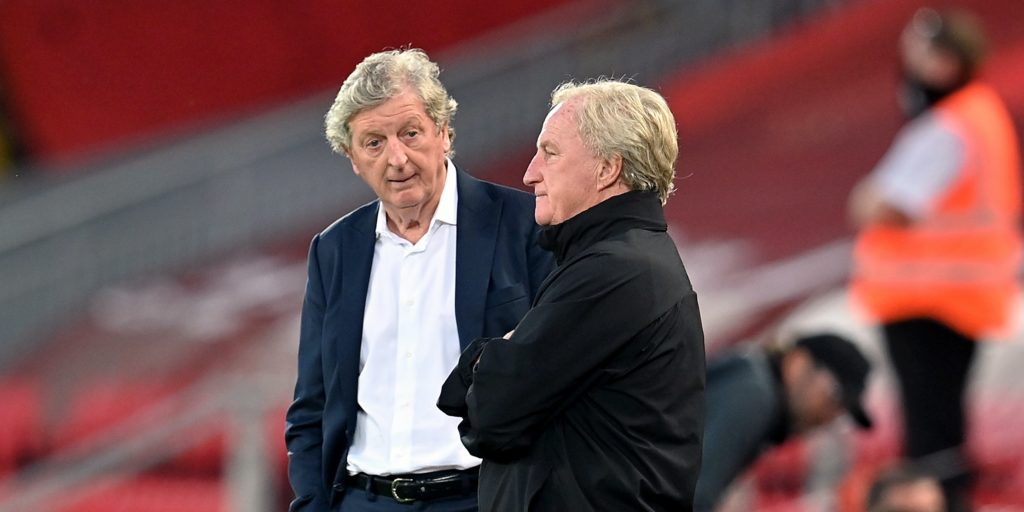 Wilfried Zaha and Christian Benteke are doubts for Monday’s meeting with Burnley.

Zaha has a calf complaint and Benteke a thigh issue, with both facing a race against time to return in Palace’s first home match since the league resumption.

Palace already sit 10th and could even leapfrog Arsenal and Sheffield United with a win over Sean Dyche’s Clarets, but Hodgson was quick to sound a word of caution.

“The opportunity (for a top-10 finish) no doubt is there, we’re very much aware of that,” said Hodgson.

“A lot will depend on injuries, this year has not been a good year for us with injuries.

“We had a very bad spell in the middle of the season where we lost a large number of key players, we survived it.

“But we really don’t want another period like that going into the end of the season.

“Because our hopes of finishing the season the way we would like depend on at least having the squad of players fit and ready to play.

“If that happens then I still think we have an excellent chance of reaching that goal.

Burnley sit 11th but level with Palace on 42 points, and despite the Clarets’ own injury concerns Hodgson still expects Dyche’s men to provide a stern test.

“They are a good team, and Sean Dyche over the years has been a very good partnership he’s had with the club,” said Hodgson.

“I think they are a very good team, a very well organised team.

“They know their game inside-out, and whoever they play against, they are a very tough nut to crack. So we are expecting the usual tough test.”