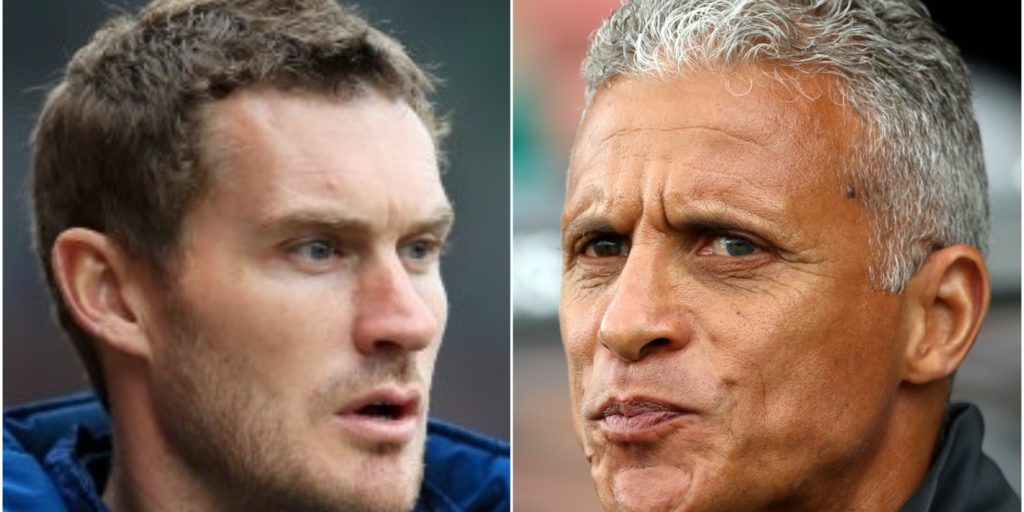 Exeter and Northampton will battle it out for promotion to League One at an empty Wembley Stadium.

Exeter and Northampton will meet at an empty Wembley Stadium on Monday night in the Sky Bet League Two play-off final.

After the season was curtailed due to the coronavirus pandemic, both will be keen to end an uncertain campaign with promotion to the third tier.

Here, the PA news agency takes a look at some of the biggest talking points ahead of the game.

Can the Grecians earn play-off glory?

This will be Exeter’s third League Two play-off final in four years.

Under Paul Tisdale’s reign on both occasions, their first attempt at a return to League One was ended in 2017 when they lost 2-1 to Blackpool.

Just over a year later and history repeated itself – this time Coventry were the side to get the better of Tisdale’s men, running out comfortable 3-1 winners.

Now it is up to Matt Taylor’s class of 2020 to build on their fifth-place finish and banish recent Wembley woes.

The defeat to Coventry saw Tisdale, then the longest-serving manager in English football, depart St James Park after 12 years in charge.

He was replaced by Taylor, a former no-nonsense centre-back embarking on his first foray into management.

Taylor, 38, spent four seasons at Exeter during his career and has enjoyed a decent start to life in the dugout.

A fifth-place finish was enough to secure their play-off berth after the League Two season drew to a close early due to the Covid-19 outbreak and Taylor will be looking to add a promotion to his burgeoning CV.

The clash will take place in the familiar play-off final venue of Wembley Stadium – but the experience promises to be a unique one.

With the coronavirus pandemic keeping fans away from football, the game at the 90,000-seater national stadium will be played out in front of empty stands.

How the players cope with the eerie silence inside such a huge venue may go some way in deciding who earns promotion on Monday night.

After poor, and short-lived, reigns for both Jimmy Floyd Hasselbaink and Dean Austin, Northampton looked to Keith Curle to turn things around at the club.

The former England defender addressed an alarming slide to keep the club in the English Football League last season following his October appointment.

This year the team have gone from strength to strength and crept into the play-off places, finishing seventh after final standings were decided on a points-per-game basis.

A decent run to the fourth round of the FA Cup also lifted spirits but gaining promotion to League One after two seasons in the fourth tier would be a fine achievement for Curle and his staff.

Curle’s side lost five of their last seven league games before the season came to a halt.

That run was punctuated by a 2-0 home win over Exeter back in February, however, and the remarkable semi-final turnaround against Cheltenham should have banished such a run of results.

Cheltenham would have fancied their chances of walking out at Wembley having left Northampton with a 2-0 win in the first leg, but a double from Callum Morton inspired the Cobblers to a 3-0 success at Whaddon Road to keep their own promotion hopes alive.