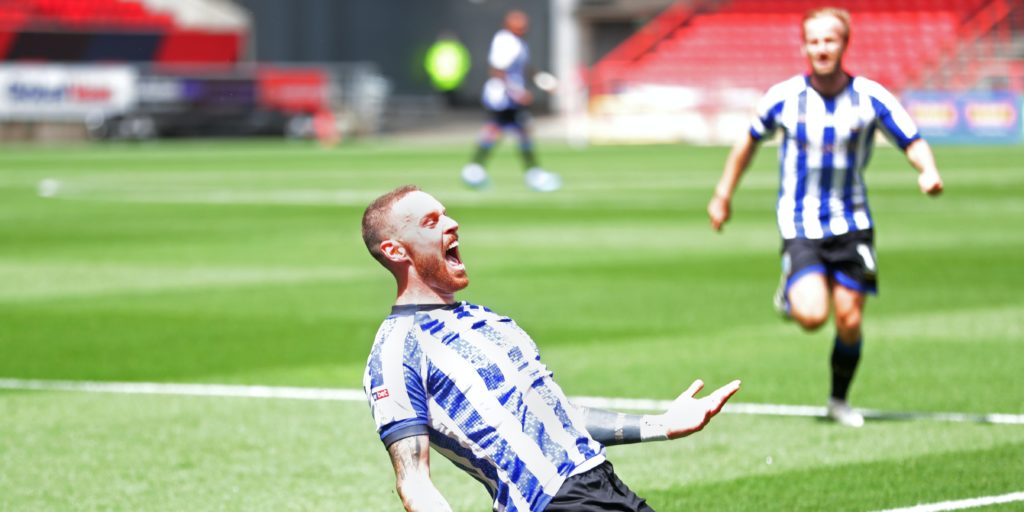 A goal in each half from Connor Wickham and Massimo Luongo gave Sheffield Wednesday a deserved 2-1 Championship win over Bristol City at Ashton Gate.

The visitors took a 13th-minute lead when Wickham capitalised on dreadful marking to rise unchallenged and head a left-wing corner from Jacob Murphy past Niki Maenpaa from 12 yards.

City were caught out at another corner in the 59th minute, with more sloppy defending allowing Luongo to volley home from close range.

The home side responded in the 69th minute when Nahki Wells nodded home the rebound after Joe Wildsmith had done brilliantly to keep out a Nathan Baker header but Wednesday held on to secure the points.

Lee Johnson made seven changes to the City team beaten 3-1 at Blackburn Rovers last week, while Wednesday boss Garry Monk retained the side who drew with Nottingham Forest at Hillsborough.

It was the home side who made the brighter start and it took a brilliant save from Wildsmith to stop them taking a fifth-minute lead.

Baker climbed at the far post to powerfully head down a Jay Dasilva corner from the right, only for the Wednesday goalkeeper to dive and divert the effort over with a strong left hand.

Wells might have done better when failing to get a touch to an in-swinging free-kick from Jack Hunt before Wickham’s goal, which looked the result of a training ground move, came against the run of play.

City appealed for a penalty when Andreas Weimann appeared to be nudged by Barry Bannan, but there was insufficient contact to convince referee John Brooks.

Boosted by the goal, Wednesday took a firm grip up to the break and might have gone two up in injury time when a close-range shot from Jordan Rhodes was blocked following Murphy’s run and cross.

Monk had to make a change at the interval, sending on defender Morgan Fox, who will leave Wednesday when his contract expires at the end of the month, for Julian Borner who had required lengthy treatment for an injury during the first half.

But Wednesday still began the second half on top, Kadeem Harris curling a shot wide from the edge of the box before at the other end Wells had a shot well blocked by Liam Palmer.

Johnson made a change in the 52nd minute, sending on winger Niclas Eliasson for Han-Noah Massengo and switching from 4-3-3 to 4-4-2, with Weimann dropping back into midfield.

But the second Wednesday goal quickly followed. And it should have been 3-0 on the hour when Wickham shot wide from a Luongo cross.

Johnson responded with two more changes and at last saw his side strike back straight after the drinks break.

City substitute Zak Vyner shot wide in stoppage time, while the final seconds brought another City penalty appeal and a fine save by Maenpaa from Alessio Da Cruz.