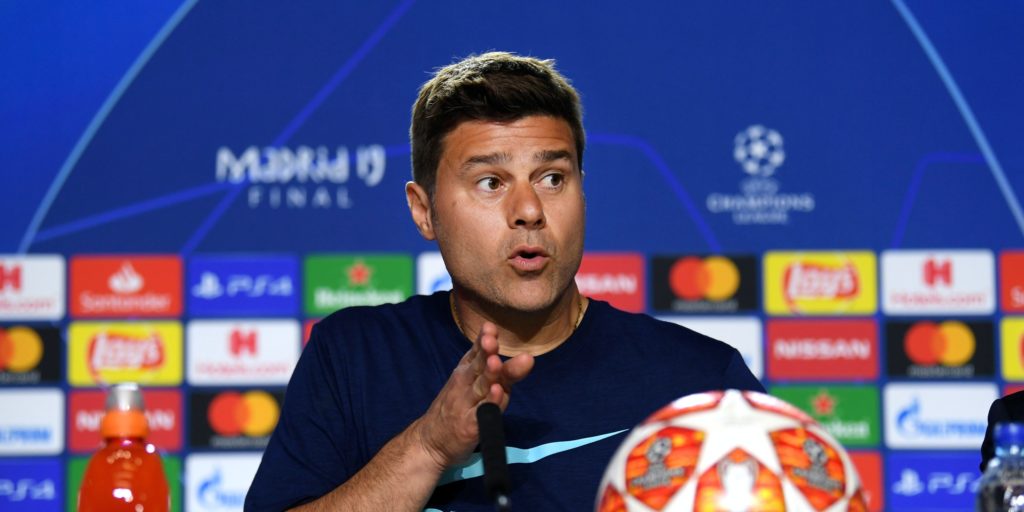 The former Tottenham boss was sacked in November and replaced by Jose Mourinho.

Former Tottenham boss Mauricio Pochettino has shown his love for the club by wearing a Spurs t-shirt in a photo with his son.

Maurizio Pochettino, 19, posted an image on Instagram of himself signing what appears to be a new contract at Spurs alongside his father, who was sacked by the club in November and replaced by Jose Mourinho.

Mauricio, having built up a strong relationship with the Tottenham fans during his five years in charge, can be seen wearing a Nike t-shirt with ‘Spurs’ written on the front.

Standing behind his son with his arms wrapped around him, Mauricio used a similar pose when Spurs players signed new deals when he was manager.

Maurizio posted the image alongside the message: “Looking forwards (sic) to the new season. #COYS”

The retained lists published by the Premier League last week showed that the player had been offered a new deal by Tottenham.

He joined their academy in 2017 and is yet to make a first-team appearance.