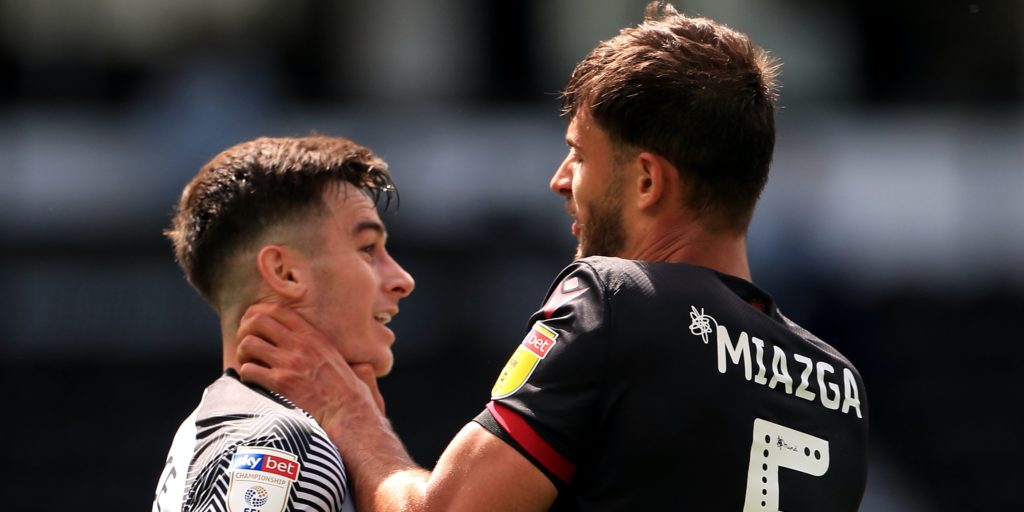 The USA international defender was sent off on the final whistle as the Royals lost 2-1 at Derby at the weekend.

The USA international defender was sent off on the final whistle after a clash with Derby forward Tom Lawrence as the Royals lost 2-1 at Derby on Saturday.

Sam Baldock will be pushing for a start in attack given George Puscas’ patchy form since the return to action.

Andy Rinomhota found the net at Pride Park and could hold onto his starting berth.

Bryan Mbeumo is likely to start for Brentford and is back in action after testing positive for coronavirus.

The 20-year-old Frenchman was a late withdrawal from the 2-0 win over Fulham but came off the bench as the Bees saw off West Brom 1-0 on Friday night.

Emiliano Marcondes could drop to the bench if boss Thomas Frank deems Mbeumo ready for a start.

Frank will be looking to rotate where possible, with the likes of top-scorer Ollie Watkins and in-form winger Said Benrahma having started both matches since the return.