Rodgers: Goalscoring is responsibility of Leicester team, not just Vardy 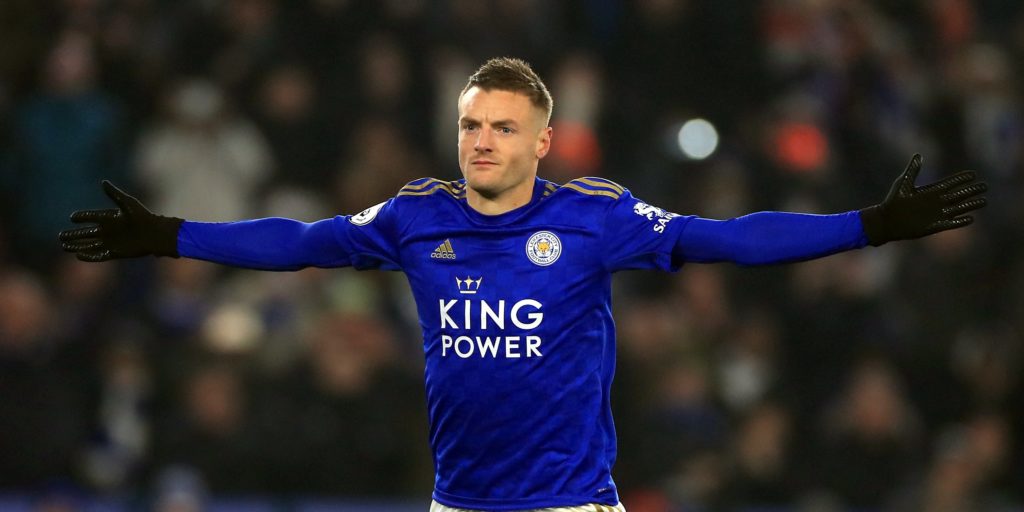 Vardy still leads the chase for the Premier League’s Golden Boot with 19 goals.

Brendan Rodgers feels it is unfair to single out Jamie Vardy for his lack of goals in Leicester’s recent poor run.

Vardy, who still leads the chase for the Premier League’s Golden Boot with 19 goals, has only struck twice in his last 10 games in the competition stretching back to Boxing Day.

The former England striker drew another blank as the Foxes were dumped out of the FA Cup by Chelsea on Sunday.

Vardy has mustered just four shots on target in Leicester’s three matches since football resumed following lockdown, with the team managing only one goal.

Manager Rodgers said: “There is a lot of spotlight on Jamie but it is not just about the striker, it is the team’s contribution. That is something we need to improve.

“I think we would want to give him more service but we are looking at ways to develop and get our wingers back to being involved, creating goals and scoring goals – and of course our midfield players.”

Leicester remain third in the table but now have just a one-point advantage over Chelsea after frustrating draws against Watford and Brighton since the restart.

With Wolves and Manchester United also gaining ground behind them the race is tightening but Rodgers is not getting anxious.

“Unfortunately we’ll have to put the cup competitions on hold for another season but we have given everything we can in them.

“That’ll be a learning experience for them and with seven games to go we are still in a fantastic position to achieve what we set out to achieve. Obviously the break has disrupted us a bit but I have great confidence in the squad.”

Rodgers was at least pleased with the performance in defeat at Chelsea and hopeful of building some momentum as they return to Premier League action at Everton on Wednesday.

He said: “We have a great chance now, playing against Everton, to go and continue with our level of performance. We’re just waiting for that moment in the game where we can get the goal that will give this young team the confidence.

“They are a good side, we have seen that over the course of the season, but we had a very good result earlier on when we went up there in the cup.

“We will aim to go into this game with the same mentality and to gain three points.”

Leicester have a doubt over James Maddison, who missed the Chelsea loss with a hip injury.