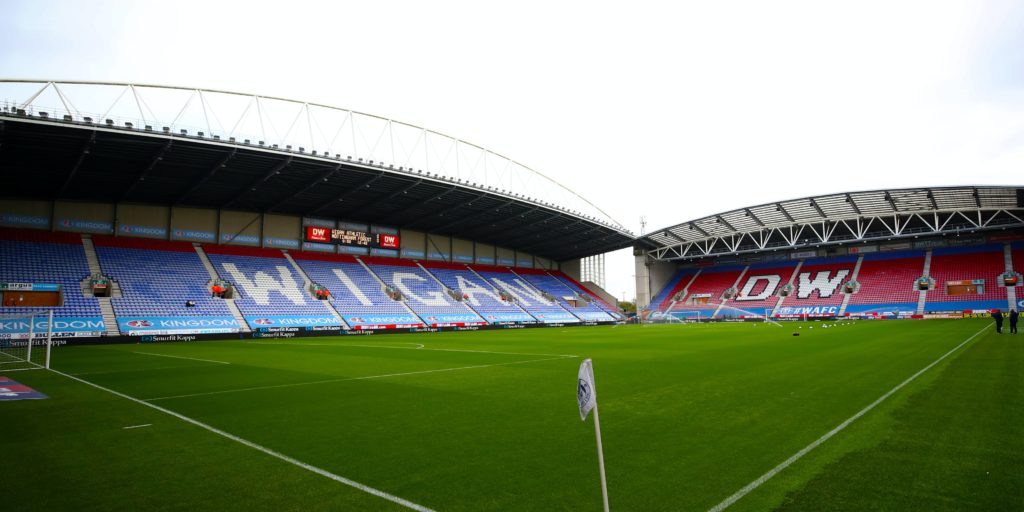 The club are 14th in the Championship.

Championship side Wigan have been placed in administration.

A statement said Paul Stanley, Gerald Krasner and Dean Watson from Begbies Traynor had been appointed as joint administrators of the club on Wednesday.

Krasner said: “Our immediate objectives are to ensure the club completes all its fixtures this season and to urgently find interested parties to save Wigan Athletic FC and the jobs of the people who work for the club.

“Obviously the suspension of the Championship season due to Covid-19 has had a significant impact on the recent fortunes of the club.

“Wigan Athletic has been a focal point and source of pride for the town since 1932 and anyone who is interested in buying this historic sporting institution should contact the joint administrators directly.”

The Latics are 14th in the Championship with six games left to play. The second tier season restarted on June 20.

The club were in the Premier League as recently as 2013, winning the FA Cup in the same year.

Wigan dropped down into League One in 2015 but made an immediate return to the Championship.

The club recorded a net loss of GBP 9.2million in their most recent annual accounts for the year ending June 30, 2019.

That was an increase of GBP 1.5m on the previous year.

The club were owned by JJB Sports co-founder Dave Whelan until November 2018, when he and his family sold to the Hong Kong-based International Entertainment Corporation (IEC).

There was a further change of ownership on May 29 of this year, when IEC divested its ownership to Next Leader Fund.

IEC said in a letter to fans its decision came “after thorough assessment of several factors including the club’s financial position, management team and objectives, particularly the promotion to the Premier League”.