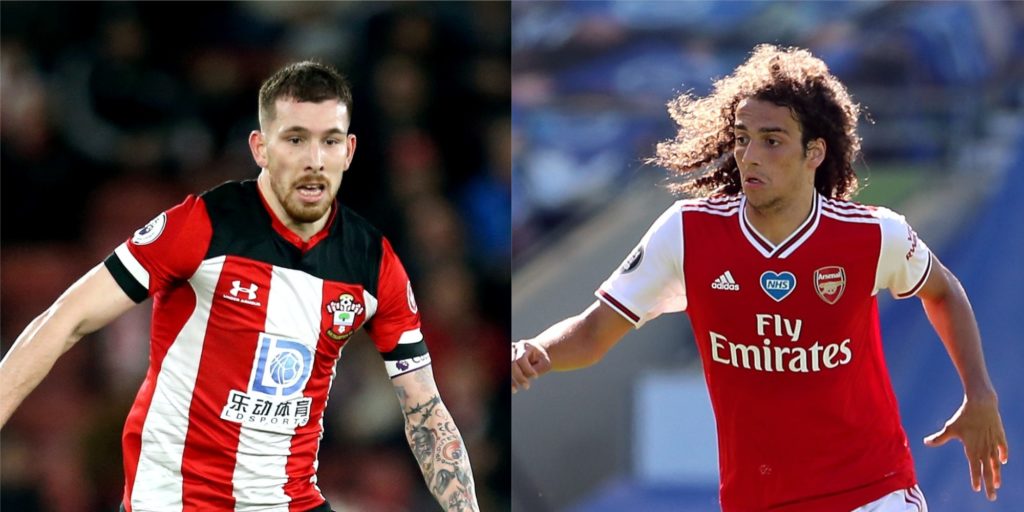 Matteo Guendouzi and Pierre-Emile Hojbjerg could be on the move, according to today’s transfer rumours.

Arsenal are looking to offload midfielder Matteo Guendouzi in a swap deal, the Daily Mail reports. The 21-year-old has not figured in the Gunners’ squad for their past two games following his confrontation with Neal Maupay in the 2-1 defeat to Brighton, and Arsenal chiefs have put feelers out to gauge interest in a potential swap.

Pierre-Emile Hojbjerg could be on his way to Tottenham, The Daily Telegraph reports. The Southampton and Denmark midfielder has caught the eye of Jose Mourinho, and Spurs are confident of signing the 24-year-old provided they can make sales to raise a transfer fee. A possible deal could involve making Tottenham right-back Kyle Walker-Peters’ current loan spell at Southampton permanent.

Manchester United’s hopes of snaring Jadon Sancho appear to have hit a monetary snag. Sky Sports reports United are hoping to sign the 20-year-old from Borussia Dortmund for GBP 50million, but the German club want at least twice that amount. With Dortmund forecasting a drop in revenues of GBP 41m this year due to the coronavirus, the Bundesliga heavyweights are cash-hungry. Chelsea, Liverpool, Real Madrid and Barcelona are also said to be in the hunt for Sancho.

Manchester United are set to sign 16-year-old Barcelona right-back Marc Jurado, ESPN reports. The teenage Barcelona academy product has run down his contract with the Spanish giants, turning down several offers to stay due to his desire to join United.

Achraf Hakimi: The 21-year-old full-back looks set to move from Real Madrid to Inter Milan, according to the Daily Mail.

Ferran Torres: The Valencia winger is wanted by Manchester United and Borussia Dortmund, but now Juventus have also shown an interest in the 20-year-old, Onda Cero says.