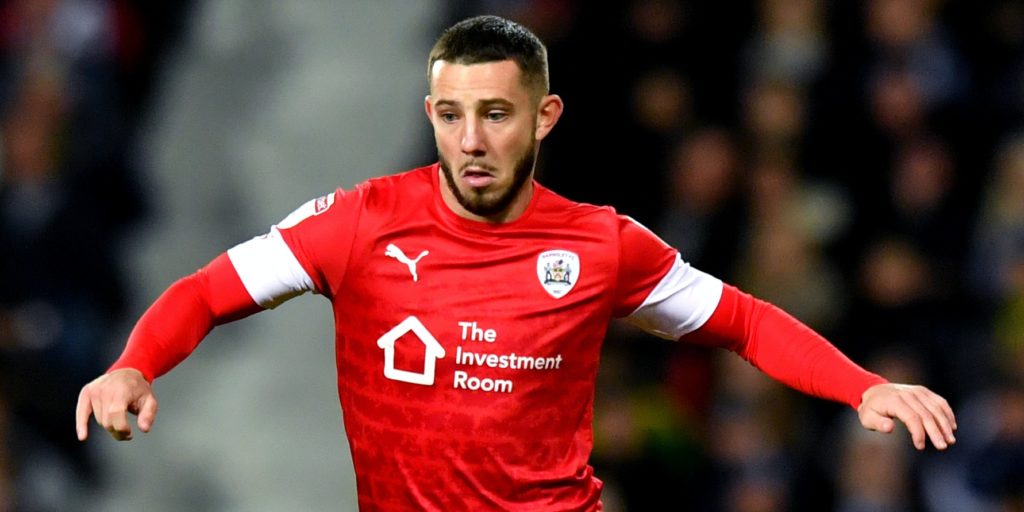 It is Barnsley’s second win in three games since the restart, all without conceding a goal, and puts them a point from safety.

Connor Chaplin answered Barnsley’s prayers as he came off the bench to score in a 2-0 win over Blackburn that does wonders for his side’s Sky Bet Championship survival hopes.

Chaplin needed less than three minutes to make an impact as he opened the scoring in the 58th minute, with Jacob Brown sealing the three points for the Reds in the final 15 minutes.

It is their second win in three games of the restart, all without conceding a goal, and puts them a point from safety, though all the teams around them have yet to play in this round of matches.

Still, their prospects are looking much better than before the action restarted when they were seven points adrift and they will now fancy their chances of avoiding the drop into League One.

Blackburn, who had Ben Brereton sent off in the second half, will rue some missed first-half chances and the defeat does nothing for their shrinking play-off hopes.

Gerhard Struber’s men were fresh off a dull 0-0 draw with Millwall on Saturday, but things from an attacking prospect immediately looked better here.

Cauley Woodrow twice had stinging efforts in the first five minutes, but Rovers goalkeeper Christian Walton was equal to them on both occasions, the second a smart parried stop.

The Reds looked like they were going to go ahead in the 17th minute as Elliot Simoes played in Alex Mowatt, with the former Leeds man primed to score until Tosin Adarabioyo produced a brilliant block.

That was perhaps the wake-up call Blackburn needed as from that point they came to life.

Adam Armstrong, who spent time on loan at Oakwell four years ago, twice tested Jack Walton in the Barnsley goal with low shots.

It was from the second effort, which forced a corner, where Blackburn were left scratching their heads how they did not go in front.

Bradley Johnson got to the set-piece delivery first and stabbed an effort which Jack Walton could only parry and Armstrong seemed destined to prod home from yards out, but somehow he could not convert and blazed over.

The chances continued to rack up for Rovers after the break as Dominic Samuel found space at the far post from a set-piece but he fired over with no one around him.

The introduction of Chaplin just before the hour resulted in being the divine intervention for the Reds.

The forward had been on for just two minutes and 18 seconds when he opened the scoring, arriving in the box late to head Kilian Ludewig’s brilliant cross in off the post.

He almost turned provider moments later as he foraged down the left and teed up Woodrow, who skewed his first-time shot wide.

While Chaplin made a positive impact from the bench, the same cannot be side for Brereton, who was sent off seven minutes after his introduction for wildly kicking out at Ludewig.

And in an empty stadium, he will have heard the Barnsley cheers just two minutes later as they made the game safe in the 76th minute.

Mowatt’s long ball down the middle was latched on to by Brown, who closed in on goal and coolly tucked home his fourth goal of the season.