Home News Joey Barton wants Fleetwood to give everything against Wycombe

Joey Barton wants Fleetwood to give everything against Wycombe 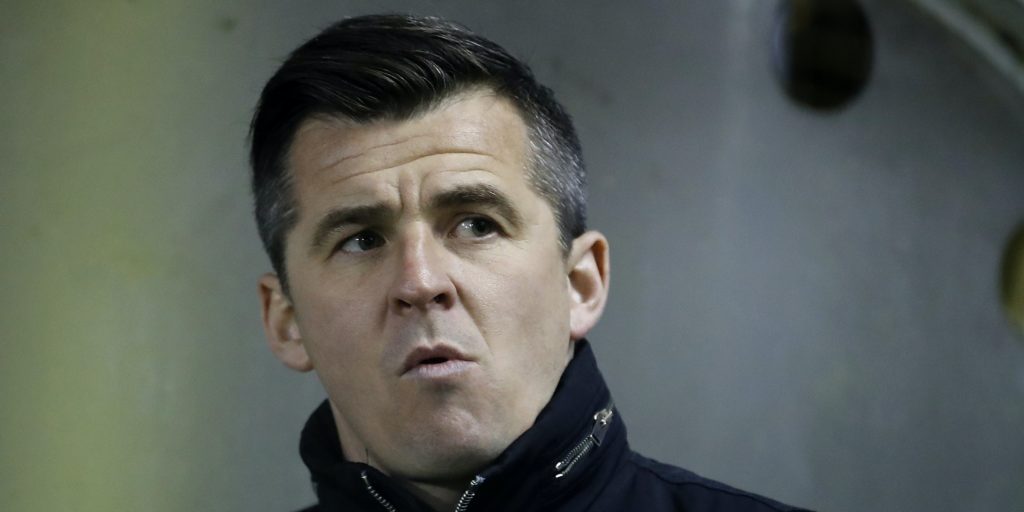 The Cod Army have lofty ambitions.

Joey Barton has told his Fleetwood players to leave nothing in the tank in the “most important game” of their lives as they attempt to take a step towards the Sky Bet Championship.

The Cod Army entertain Wycombe at Highbury Stadium on Friday evening in the first leg of their League One play-off semi-final with their head coach warning them they might not get a second chance.

Barton said: “We can’t get away from the first game – it’s the most important game of our lives on Friday night, there’s no getting away from that.

“We need to make sure we turn up on Friday night and give a great account of ourselves. If we can leave the stadium on Friday making the people of the town proud of what they’ve just watched or seen on the TV, then that for us is progress.”

Fleetwood were sitting in fifth place in the League One table when football came to a halt, and considered themselves genuine candidates for one of the automatic-promotion slots, and that would have been some achievement for a club which was only promoted to the English Football League in 2012.

Barton was disappointed not to have the chance to build upon the momentum of a 12-game unbeaten run, but while the club’s fate remains in its own hands, he is taking nothing for granted against Wanderers, who claimed their play-off spot on points per game having slipped into eighth place.

The former Manchester City, Newcastle and QPR midfielder said: “For us, finishing in the play-offs is a huge achievement, but our relentlessness as a group and our desire to push on that has stopped us patting each other on the back. We don’t think we’ve got the job done.

“We set out to get automatic promotion or to win the league this season and obviously with nine to go, we felt we were jockeying to achieve that, albeit there were some teams that felt the same way.

“Wycombe were one that slipped out of the top part of the table for the first time after being there all season.”