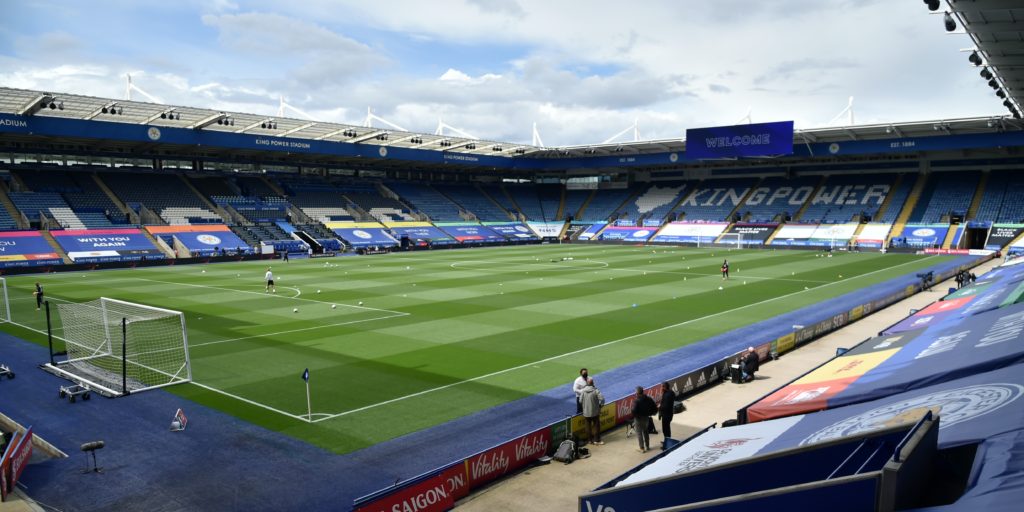 Leicester became the first city to go under a local lockdown.

Leicester are confident their final three Premier League home games will go ahead despite the city’s local lockdown.

The club has spoken with local authorities, its Safety Advisory Group and the Premier League after the government’s announcement on Monday that Leicester would have stricter measures imposed following a sharp rise in coronavirus cases.

The Foxes, third in the top flight, are due to host Crystal Palace on Saturday and will also welcome Sheffield United and Manchester United as they chase Champions League qualification.

Non-essential shops will be closed from Tuesday after cases in the city accounted for 10 per cent of all nationwide positive tests over the past week.

A Leicester spokesman said: “All parties remain entirely satisfied that, through the continued implementation of our Covid operations plan, the club’s football operations can continue to safely function under existing protocols and, in doing so, there will be no greater risk posed to club personnel, visiting teams or our surrounding communities.

Premier League chief executive Richard Masters said the incident highlighted the fragility of the competition’s Project Restart plans, but contingencies were in place for such an occurrence.

Masters also said there was a risk of the season not being completed if there were multiple lockdowns like this, and he added: “It is all dependent on the course of the virus. We have shown our flexibility to that, but we have to operate within government guidelines.”

Leicester take on Everton at Goodison Park on Wednesday night, with concerns surrounding the form of striker Jamie Vardy.

The former England forward has scored only twice in his last 10 matches for the club stretching back to Boxing Day, but Leicester boss Brendan Rodgers says others must take responsibility for goalscoring as well.

“There is a lot of spotlight on Jamie but it is not just about the striker, it is the team’s contribution. That is something we need to improve,” Rodgers said.

“I think we would want to give him more service but we are looking at ways to develop and get our wingers back to being involved, creating goals and scoring goals – and of course our midfield players.”

Leicester remain third in the table but now have just a one-point advantage over Chelsea after frustrating draws against Watford and Brighton since the restart – this has seen their EPL betting tips and odds take a turn for the worse, with other teams now favoured to pip them to the Champions League spots, tipster Aigar Shilvan writes.

The 2016 Premier League champions have a doubt over James Maddison, who missed the Chelsea loss in the FA Cup last weekend with a hip injury.