Home News Lyndon Dykes deal would have to be right for Livi, says boss Gary Holt

Lyndon Dykes deal would have to be right for Livi, says boss Gary Holt 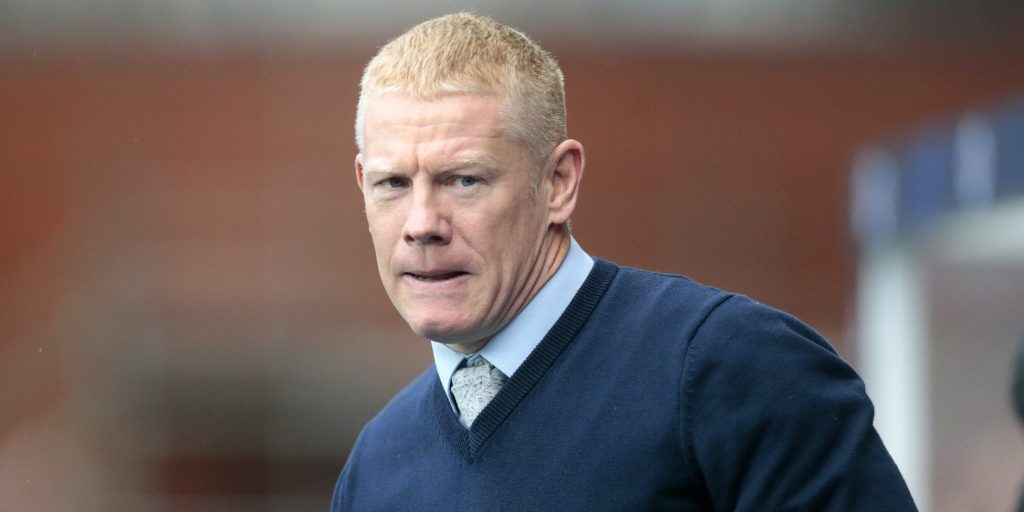 The striker has been linked with a move to Rangers.

Livingston have had no enquiries for Lyndon Dykes but manager Gary Holt has challenged the striker to improve on last season’s performances and increase his options.

Rangers have been linked with the former Queen of the South striker, who scored 12 goals in his debut season for Livi.

The 24-year-old is currently considering his international future following offers from Australia and Scotland but his club situation is less complicated – for now.

“We have had no conversations with anybody regarding it,” Holt said. “But everyone knows at this club, if you come here and do well, as boys have done in the past, you will move on, simple as that, and we’ll thank you for your time.

“But as long as it’s the right deal for this club then that’s what will happen. Otherwise it won’t happen. Simple. But right now we have not had a conversation about him to anybody.”

The links with Rangers have been a topic of conversation after Livingston returned for pre-season training this week.

“He knows what we are doing, he knows where he wants to get to. But he’s got to do it for us. This is where he’s employed, this is his club. And if he produces the performances he did last season, and improves on that, who knows who will come knocking?”

Holt admits the coronavirus crisis is having a major impact on the summer transfer market and he remains in the dark as to how big his squad will be next season.

“It’s massively changed but I think it has a changed in the way that a bit more power has come back to clubs,” said Holt, who added Alan Forrest to his squad after the former Ayr winger signed a pre-contract several months ago.

“It’s always been with the players since the Bosman ruling.

“This situation now, there is going to be even more players out there available, who would maybe not be willing to come in on trial, because they think they’re better and think they have played at this level and deserve a bit of respect. I’m afraid not, because you’re sitting in the house not getting money coming in.

“We have a bit of leeway that way where there might be more choice to choose from.

“We don’t carry the biggest squad anyway and with the financial restrictions on everybody, you are not going to go out and make an abundance of signings. So it might give some of the younger ones more of an opportunity as well.

“We are trying to recruit, we have boys coming in on trials and training. You just never know. If someone comes in and sets the world alight and has looked after themselves really well and put in the time and effort to get fit and is better than what you’ve got, you find a way to make it happen.

“So there is a bit of leeway, but we can’t just go out and make seven or eight signings like we did last year and just improve the squad. We have got to be a bit more choosy.”