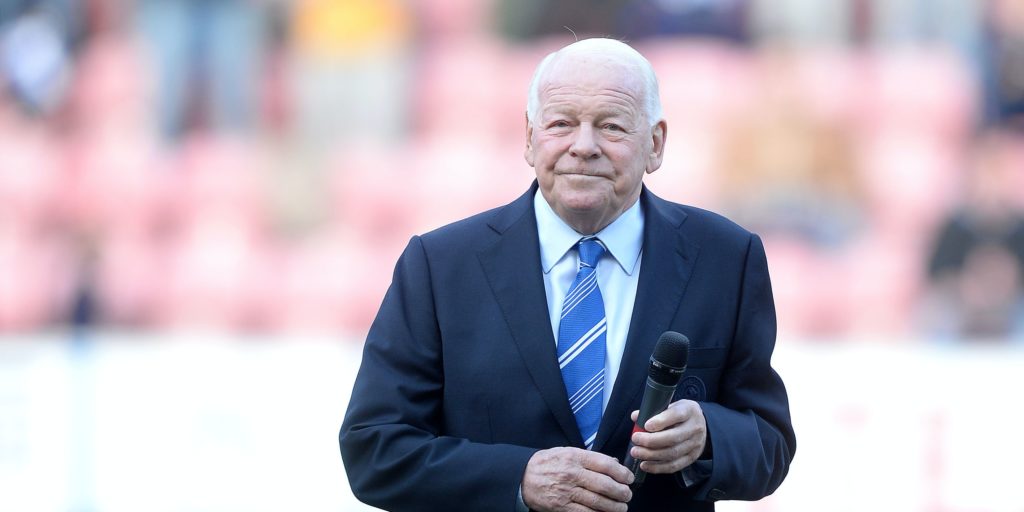 The Championship side face a 12-point deduction.

Former Wigan owner Dave Whelan says he will look at whether he is able to help the club after they were put in administration, but says he “can’t promise anything”.

Administrators Begbies Traynor say other interested parties have already been in touch, as they prepare to undertake a thorough review of the club’s financial position.

The Championship side are facing a 12-point deduction for entering administration, although when that sanction is applied depends on whether the club can achieve survival on the pitch.

They are currently 14th, and if they stay out of the bottom three the deduction will be applied to their final tally this season. If they are relegated, they would be docked the points at the start of their 2020-21 League One campaign.

Whelan, who owned the club when they won the FA Cup in 2013, says he is keen to assist but said he had to bear in mind his age, and the extent of the club’s financial problems, when deciding whether to get involved again.

“And I have no idea about the depths of the club’s financial problems and how much they owe.

“You can’t blindly make commitments to bail a business out come what may. We sit on the fence and wait to see what details – if any – emerge.”

Wigan are the first club to go into administration since the suspension of English football due to the coronavirus pandemic in March, with joint administrator Gerald Krasner saying the impact of the outbreak on the club had been “significant”.

Another of the administrators, Dean Watson, said his firm was contacted by the club’s legal team and that conversations had taken place with the board, the manager and the local council. He confirmed there had already been expressions of interest.

“We’ve got interested parties already getting in touch with us. I’m stood on the pitch now and you’ve only got to look at it, see what an impressive stadium they’ve got, a good fanbase, and the team are on a really good run. So we’re quite positive.”

Watson and his colleague Paul Stanley both said it was too soon to ascertain the full financial position of the club.

Whelan and his family sold their stake in the club to the Hong Kong-based International Entertainment Corporation (IEC) in November 2018.

Wigan were in the Premier League as recently as 2013. They dropped down into League One in 2015 but made an immediate return to the Championship.

There was a change of ownership at the club on May 29 of this year, when IEC divested its ownership to Next Leader Fund.

“Combining with the outbreak of Covid-19 has created more uncertainty around the financial position of the EFL and the football business as a whole.”

The takeover was formally completed on June 4. It is understood the new owners met the requirements of the EFL’s owners’ and directors’ test and provided evidence of the source and sufficiency of funds.

The chair of the Digital, Culture, Media and Sport (DCMS) committee Julian Knight called for “leadership from the very top of the pyramid”, saying the Premier League had to step in and provide assistance.

“It would be tragic if a club that has been in existence for nearly 90 years is forced to the wall,” Knight said.

“We know that 10-15 clubs could find themselves in the same position. What’s needed now is leadership from the very top of the pyramid to help save the Wigan side and the jobs of those who work for it.

“Yesterday the DCMS Committee sought clarification from Richard Masters at the Premier League on what action it was taking to provide extra money for clubs at risk – he told us that the EFL hadn’t asked for extra funding and the PL hadn’t provided it. That’s a situation that has to change.”

Premier League chief executive Masters told MPs on Tuesday that his competition had already made good on its 2019-20 commitments to the football pyramid, and that there had not yet been any “specific approach” for further help from the EFL.