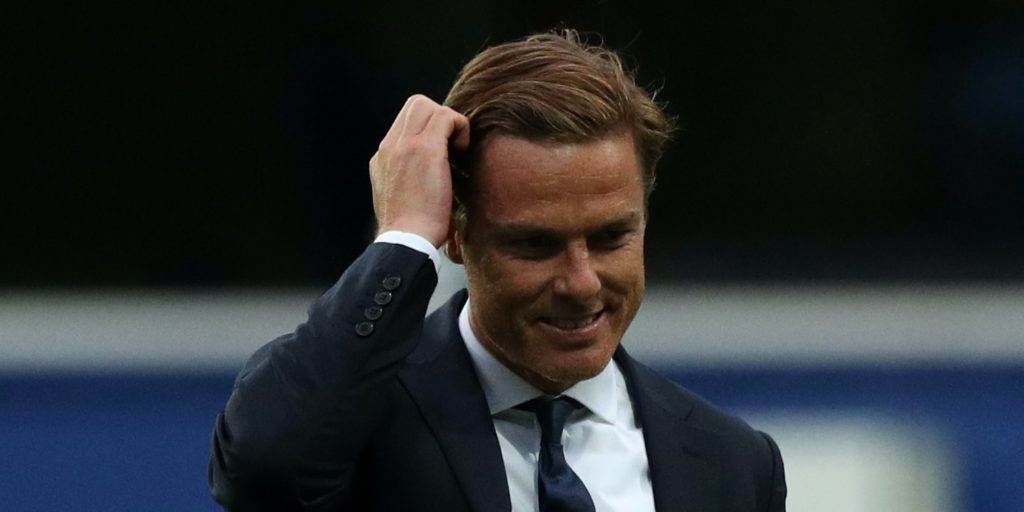 The Serbia international will miss two more matches through suspension as Fulham push for promotion.

A relieved Scott Parker has challenged Fulham to keep on coping without a recognised striker after his side’s crucial 2-1 Sky Bet Championship win at QPR.

Fulham boss Parker admits he had to reshape his entire attack with 23-goal hitman Aleksandar Mitrovic suspended for the Loftus Road clash.

Serbia star Mitrovic will miss two more matches after his retrospective ban for elbowing Ben White in the 3-0 loss at Leeds, leaving Fulham without a recognised central striker.

“There’s no hiding from the fact we’ve not now got a recognised forward in our squad, in the building,” said Parker.

“So the way the players look to the structure and the way we wanted to play tonight was spot on really.

“While it’s disappointing to lose Aleks, other players are going to have to step up.

“Definitely, he’s going to be a big loss for us in the next few games, how we work, everything is around him. So to the players coming in it’s a big responsibility now.

“We had to shuffle things around a bit here and I think obviously the result was key tonight, that was evident.

“I don’t think my team have deserved what we’ve got out of the first two games, our performance was exceptional for large parts in those two games.

“But you need to show another side to you where we’ve fallen short. And the main thing tonight was certainly the result.

“The performance and the way we’ve played in the last two games I’ve been really pleased with. But tonight the result was the be-all and end-all.

“QPR are a very well-drilled team, we knew coming here was going to be tough, and they were very aggressive in that.

“We showed real character, definitely. To go a goal down as early as we did was very disappointing, it was poor on our behalf and sloppy.

“But not to drop our heads and be the team to really take it to QPR, get control of the game and have real impetus was pleasing.”

“I think it’s very clear what my perception will be: we’ve given away three points tonight,” said Warburton.

“It was a very, very strong display; intensity, desire quality, had to maintain it second half, we did that but didn’t get the rewards tonight.

“There’s one team in it in the second half, we’ve hit the bar and gone close, but we’ve let in two soft goals shot from distance.

“Against a very talented team, I have huge respect for Scott Parker and Fulham, but I don’t see how that has happened tonight.

“We should have saved both goals, simple as that, and I’m trying to think of when Liam (Kelly) had another save to make.

“And if we play like that week in week out we’ll be in a good place come the end of the season.

“The chance for Luke Amos to stroke the ball home, he worked so hard to get there. That’s the type of football we want to see.”