Home News On This Day in 2001: Sol Campbell joins Arsenal from rivals Tottenham

On This Day in 2001: Sol Campbell joins Arsenal from rivals Tottenham 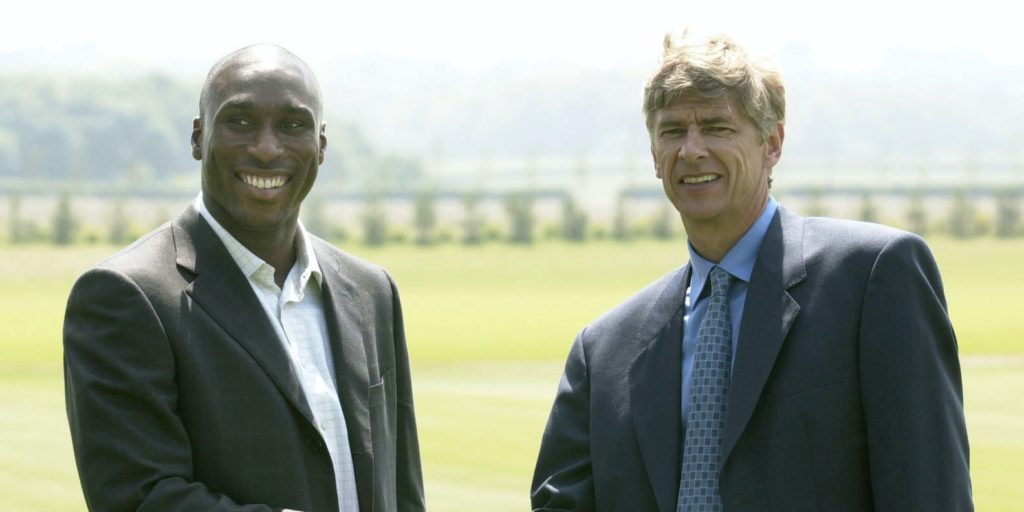 The England defender made the short trip across north London to join Arsene Wenger’s side on a free transfer.

On this day in 2001, Sol Campbell crossed the north London divide as the England defender switched from Tottenham to Arsenal on a free transfer.

Here, the PA news agency looks at other moves made to arch rivals.

Having spent four years at Everton, Barmby made the short journey across Stanley Park to join Liverpool in July 2000. The England midfielder went on to spend two seasons with the Reds, the first of which saw him help them them win the FA Cup, League Cup and UEFA Cup – and score against the Toffees in a 3-1 win at Anfield.

In the same month as Barmby’s move, Portugal star Luis Figo, who would win the Ballon d’Or that year, left Barcelona to sign for Real Madrid for a then world-record fee. While he enjoyed plenty of success with Los Blancos, including lifting the Champions League, the disgust felt among Barca fans following the transfer was memorably illustrated by having a pig’s head thrown towards him while he prepared to take a corner at the Nou Camp.

After a spell of about a year-and-a-half with Leeds, which featured a run to the Champions League semi-finals, Ferdinand joined their bitter rivals Manchester United in July 2002 for around GBP 30million, a record British transfer fee at the time. The England international became a Red Devils great in a 12-year stint with the club that featured six Premier League title triumphs and winning the European Cup in 2008.

Redknapp was accused by Portsmouth director Terry Brady of betrayal when he left the club and became manager of arch-rivals Southampton in late 2004. He subsequently spent a year in charge of the Saints, during which they were relegated from the Premier League, before resigning – and returning to Pompey.

Tevez’s move from Manchester United to the growing force that was Manchester City in July 2009 was famously saluted by the latter with a huge poster in the city featuring an image of the Argentinian forward and the message “Welcome to Manchester”. Having won the Premier League twice and the Champions League with United, he helped City claim the FA Cup in 2011 and then become top-flight champions a year later.