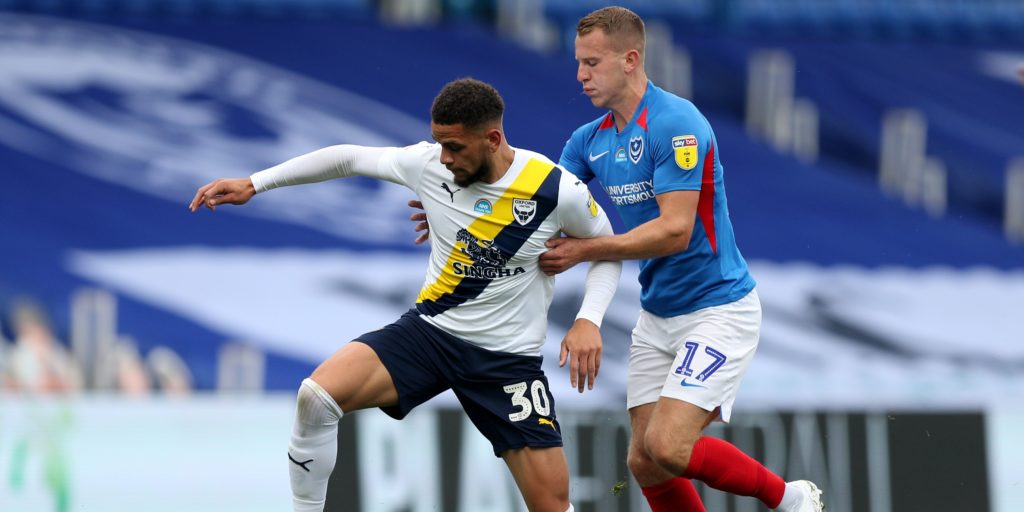 The tie is hanging in the balance after a 1-1 draw at Fratton Park on Friday.

Portsmouth’s Bryn Morris believes his side’s strong first-leg finish against Oxford gives them the edge in their Sky Bet League One play-off semi-final.

The two sides bid to book their place in the Wembley final on June 13 at Oxford’s Kassam Stadium on Monday with the tie hanging in the balance after a 1-1 draw at Fratton Park on Friday.

“I think that our fitness will come through because we ran all over them towards the end, but just didn’t have that killer instinct,” Pompey midfielder Morris told the club’s official website.

“I was able to get forward a lot more in the second half and that was because we had the momentum.”

Morris was a surprise inclusion in Kenny Jackett’s starting line-up on Friday, making his first appearance in 14 months following a troublesome abdominal injury that required surgery in October.

“It’s been really tough at times, but I just want to forget all that now to be honest and look ahead to the future,” he added.

“I thought it was wave after wave from us in the first 25 minutes and we had a good balance between going long and keeping the ball on the deck.

“There should have been a few penalties in there for us, but we’ll be ready to go again in the second leg on Monday.”

Pompey have yet to win in seven play-off matches and Oxford have been installed as the bookmakers’ favourites for the return leg.

Karl Robinson’s side survived four penalty appeals against them at Fratton Park, the last one in stoppage time when Curtis appeared to have his heels clipped by Oxford striker Dan Agyei.

U’s midfielder James Henry told reporters: “We were disappointed with the way we started, we didn’t impose our style on the game whatsoever.

“It took a little rocket in their goal to get us going. Browney does what Browney does, it’s a magical goal and after that we steadied the ship.

“Everyone just wants to still be in the tie. It’s a tough place to come.

“They haven’t lost here in the league all season and we’re going back to our place level-pegging, which sets us up just great.”