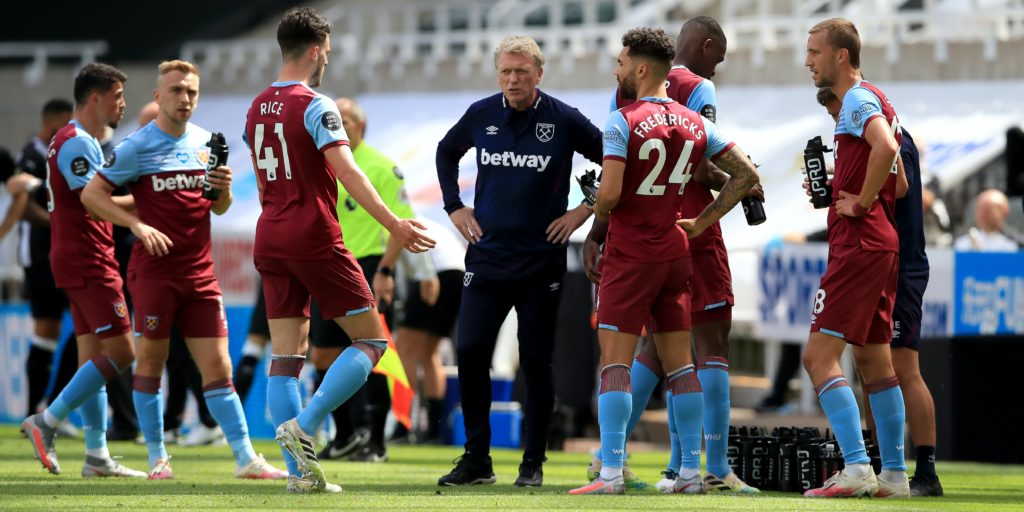 The Hammers led twice at St James’ Park, but had to make do with a point.

West Ham boss David Moyes has warned his players they might have to fight all the way to the final kick of the season to preserve their Premier League status.

The Hammers banked another point for their survival fund on Sunday with a 2-2 draw at Newcastle, although they did so having led twice on Tyneside four days after their fine win over Chelsea.

With five games remaining, they sit four points clear of the relegation zone and, while Moyes is confident they can stay out of trouble, he knows it could go down to the wire.

He said: “We came to Newcastle, who are in a decent run of form and in a good moment, so I’m really pleased that we’ve got something from the game. But I’m maybe a bit disappointed that we didn’t get all three points.

“But I have to say the players are showing great fight and we’re going to go right to the end. This league could easily go right to the last game of the season – we understand that and we’re prepared for that if it has to be done.

“But we’re trying to make sure that we can do it as quickly as possible.”

The Hammers got off to the perfect start when Michail Antonio converted Jarrod Bowen’s fourth-minute cross from close range, although their lead lasted just 13 minutes, Miguel Almiron sliding in to dispatch Emil Krafth’s driven ball in from the right.

Moyes’ men restored their lead with 24 minutes remaining through Tomas Soucek, but once again were pegged back, this time within seconds, when Jonjo Shelvey fired into the bottom corner after exchanging passes with Dwight Gayle amid some less than attentive defending from the visitors.

Moyes said: “I was sickened, just because of us working so hard to get a goal back and then giving it up so quickly.

“We’re in a group of games where we think we have got chances of picking up points. If you turned it around and we had got a point against Chelsea and three against Newcastle today, I think people would have said it was a great return.”

Magpies head coach Steve Bruce, who saw Isaac Hayden and Allan Saint-Maximin limp off, praised the resilience of his players.

Bruce said: “I was happy with the result in the end after going behind twice. There are not many teams since the lockdown who have come from behind twice.

“It was probably a fair result in the end. Overall, we’ve got five games to play and if somebody had said with five games to play we’d have 43 points, there would have been a lot said, ‘That’s not possible’, so we’re pleased and we’ll try to keep improving.”