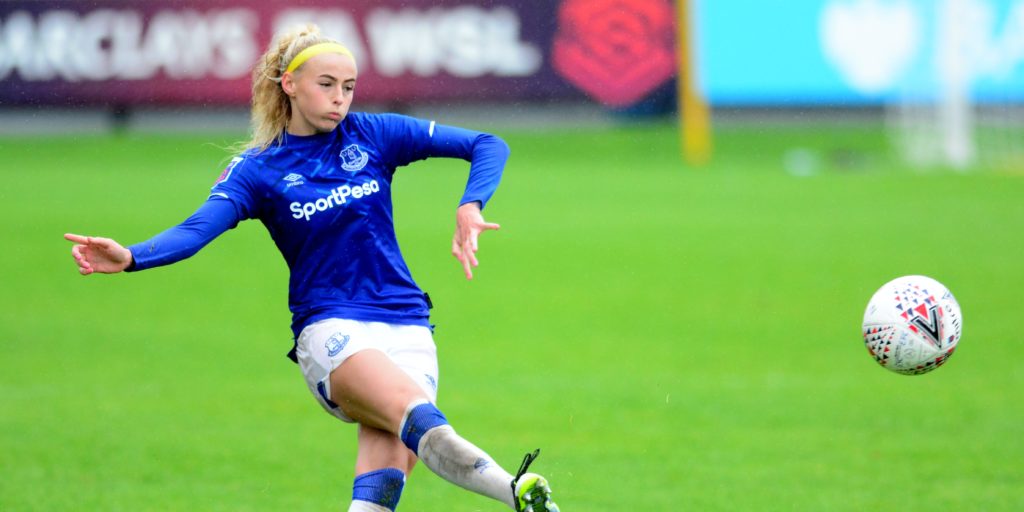 Kelly joins City on a two-year deal following the conclusion of her contract with Everton.

Kelly joins City on a two-year deal following the conclusion of her contract with Everton, for whom she scored nine goals in 12 Women’s Super League appearances in 2019-20.

The 22-year-old made her senior international debut in November 2018 and has four England caps to her name so far.

Kelly said on mancity.com: “I’m unbelievably excited. I’m just so happy to have the deal sorted and I can’t wait to get going – I’m honoured to be a City player.

“Manchester City are a hugely ambitious club whose aspirations match my own and as soon as I had my initial discussions with the staff, I knew there and then that it was the place I wanted to be.”

“She is an incredibly exciting young talent who has broken onto the scene in the Barclays FA Women’s Super League and the England set-up in recent years, but there’s still so much more to come from her.

“I’m delighted that we now have the opportunity to help Chloe in the next part of her development journey as she continues her growth as a player on the way to fulfilling her potential.”