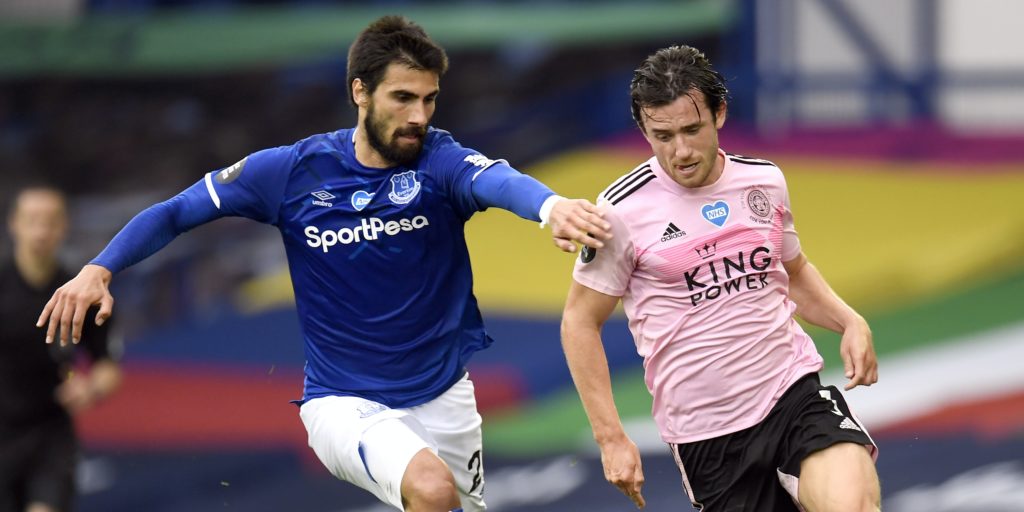 Gomes suffered a horrific-looking fracture dislocation to his right ankle in November but has completed all three games since the restart.

Andre Gomes is still being carefully monitored by Everton but has been coming through games problem-free, boss Carlo Ancelotti has said.

After Gomes suffered a horrific-looking fracture dislocation to his right ankle during a 1-1 draw with Tottenham on November 3, it appeared his season was over.

However, the midfielder returned to first-team action on February 23 as a substitute in a 3-2 loss at Arsenal, and started both of the next two matches before the campaign was halted by the coronavirus pandemic.

So far since the restart, Everton have had three games in the space of 11 days, and Gomes has played the full duration in each of them.

The Toffees travel to Spurs on Monday night, and Ancelotti said of the 26-year-old Portugal international: “Until now, these three games, he didn’t have a problem.

“The physical data was really good, and the last game, the data improved.

“Of course, for a player who was out for a long time, we have to check him, how he recovers from the games. But until now, he didn’t have a problem.”

Everton are unbeaten since the resumption, following a 0-0 draw with Liverpool, a 1-0 win at Norwich and then a 2-1 defeat of Leicester.

They started the weekend 11th in the Premier League with 44 points, while Jose Mourinho’s Tottenham were two places and one point better off, having drawn 1-1 with Manchester United, beaten West Ham 2-0 and lost 3-1 at Sheffield United.

Asked about recent criticism of Mourinho, Ancelotti said: “All managers know we are judged only by the results, so to accept the criticism is absolutely normal.

“To criticise a manager like Mourinho is more complicated, more difficult, but I think he has the experience to accept the criticism.”

“I had a bad memory when I was at Chelsea because we went out against Inter Milan (managed at the time by Mourinho) in the Champions League.

“But apart from this I always had admiration for him, he is a great manager, he is able to read the game very well. It will be good to see him.

“Tottenham are still a really dangerous team with fantastic players. You have to take into consideration that Sheffield United is also a fantastic team – you can lose there, because they are playing really well, and played really well against Tottenham.

“It will be an exciting game, important game for both teams, and we need to do the best.”

“It will be difficult, we have to fight.”